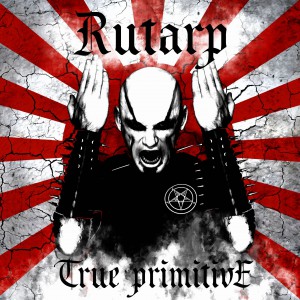 "True Primitive isn’t black metal. It isn’t industrial. It’s nowhere within miles of dance music. Rutarp’s guitar sound does sound similar to the "primitive" or raw black metal styles of the so called "second wave" of black metal. Yes, he also uses electronic/industrial elements. But True Primitive is a voice all his own. What Rutarp does is create a really cool atmosphere especially with the combination of clean vs. raw fuzzy guitar tones and the crazy phase-shifted vocal effects. While the vocal effects often make the words inaudible, it does remind me of the age-old complaint of people saying they can’t understand what the singer is saying. Yeah… and? It’s not always about what you hear. It’s about the effect and its input in the over-all atmosphere of the composition.

"Remember (Preludium I)" is a perfect example of this. Rutarp creates such a cool mood between the guitar tones & notes. Track 9, "Manifesto" is another example. In the case of "Manifesto," Rutarp even makes use of a horn sound. But somehow it works and the track closes off the album very well."