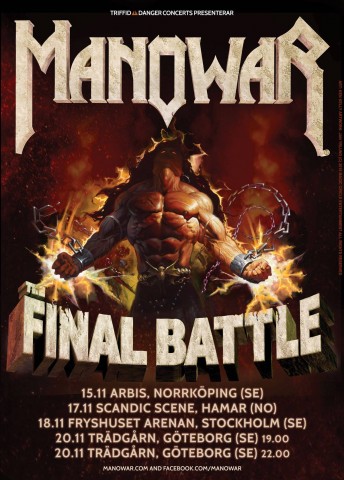 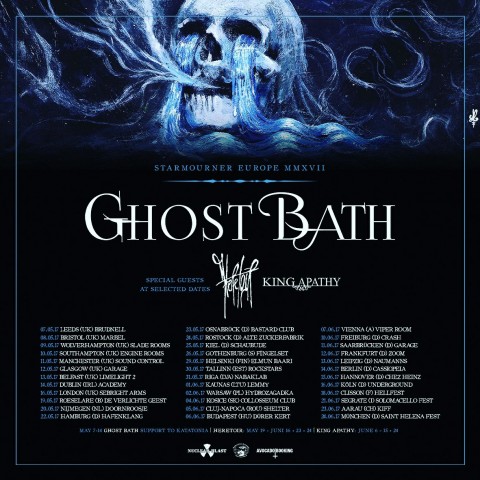 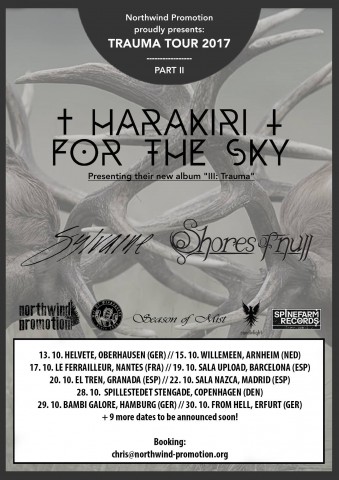 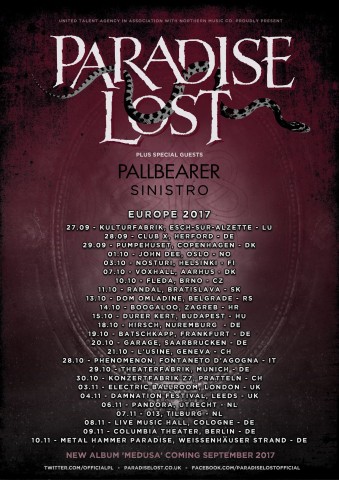 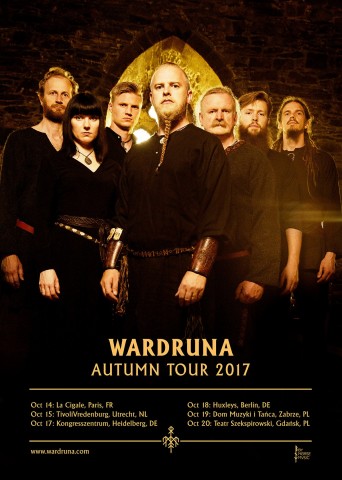 European concert dates of Manowar, Paradise Lost, Sólstafir, Wardruna, Harakiri for the sky with Sylvaine and Shores Of Null as supporting acts, Ghost Bath with Heretoir and King Apathy, as well as Zuriaake, and Oathbreaker for 2017’s spring, summer, autumn, and winter.

The closest concerts in Europe will be held by the Chinese black metallers Zuriaake. The band will perform today in Leipzig, then in Sebnitz (Germany), Switzerland, and France.

The American post-black metallers Ghost Bath is currently on the European tour in support of their new album "Starmourner" featuring Heretoir and King Apathy as special guests. The tour will last till June 24 and will end with a performance at the Saint Helena festival. 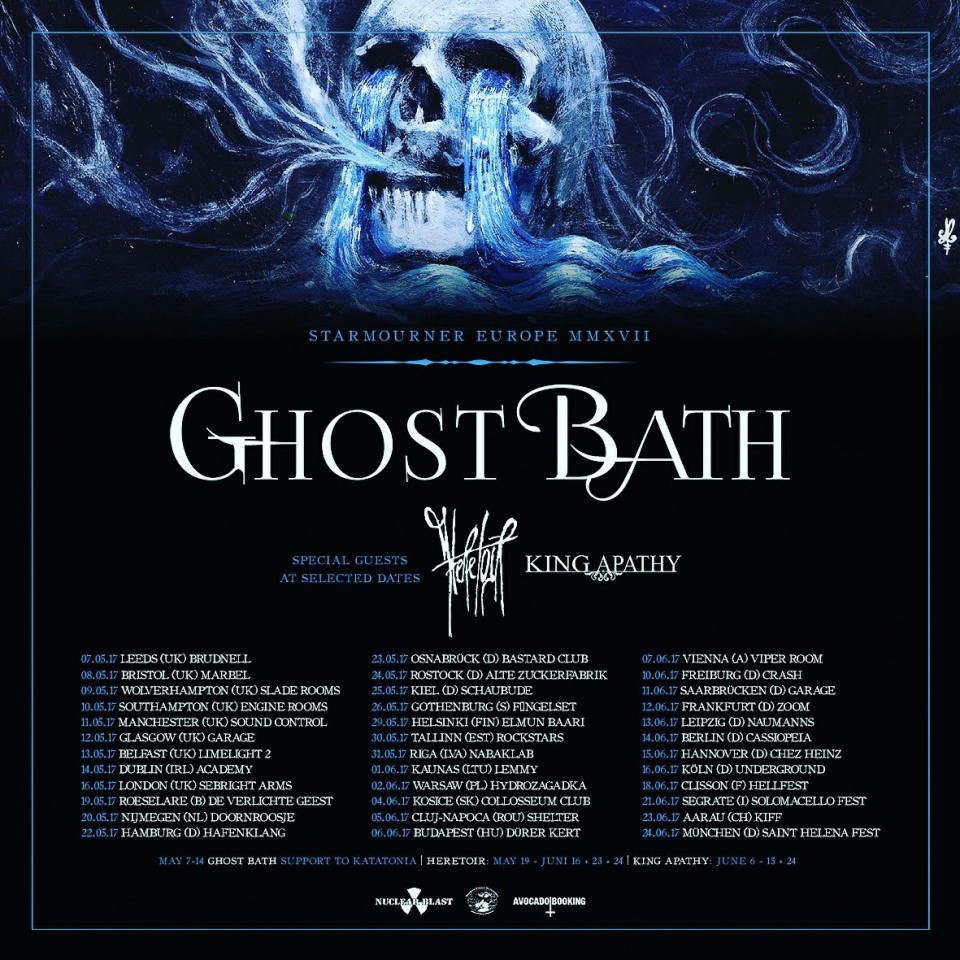 The full list of Oathbreaker’s performances at the upcoming summer festivals became known. The band, which released its third full-length album "Rheia" in 2016, will visit Spain, Denmark, Germany, Lithuania, Great Britain, Belgium, Norway, and the USA.

In honor of the new album "Berdreyminn" release, Sólstafir have announced the dates of the European concerts for this June. The band’s performances will be held in France, Great Britain, the Netherlands, Germany, Belgium, and Spain. At the moment, it is already known about the first sold out of Sólstafir’s upcoming show on June 14 in London.

Harakiri for the sky, post-black, Austria

In the middle of October, the Austrian post-black metallers Harakiri for the sky are going to hit the road together with Sylvaine and Shores Of Null. 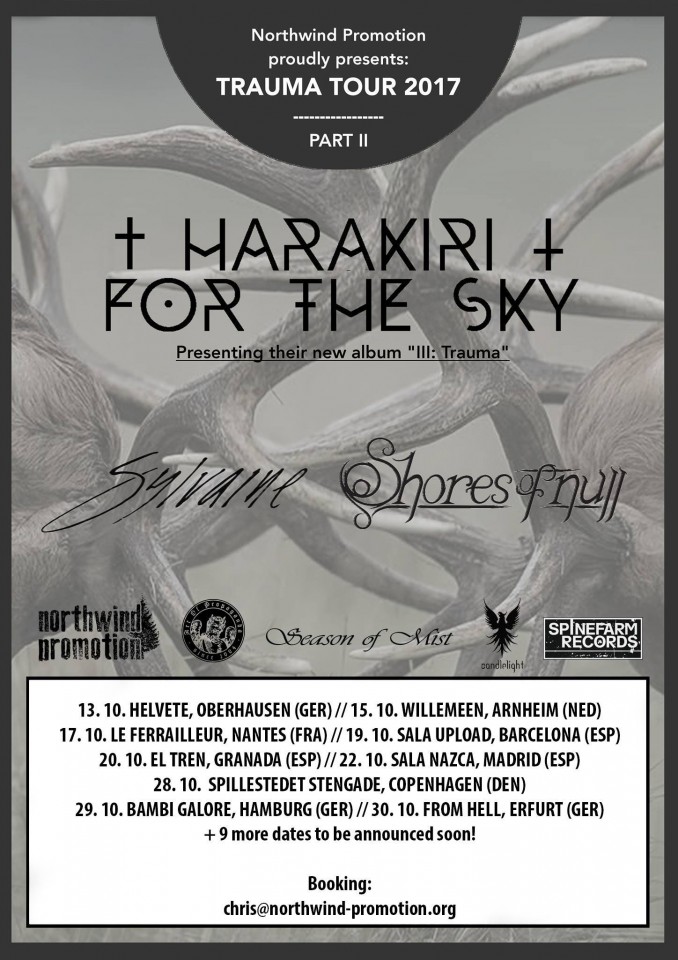 In October, Wardruna are to go on the small tour in Europe. The band’s performances will be held in France, the Netherlands, Germany, and Poland. On the eve of these tour, in the summer there will be several concerts of Wardruna, as well as solo shows of its leader Einar Selvik: 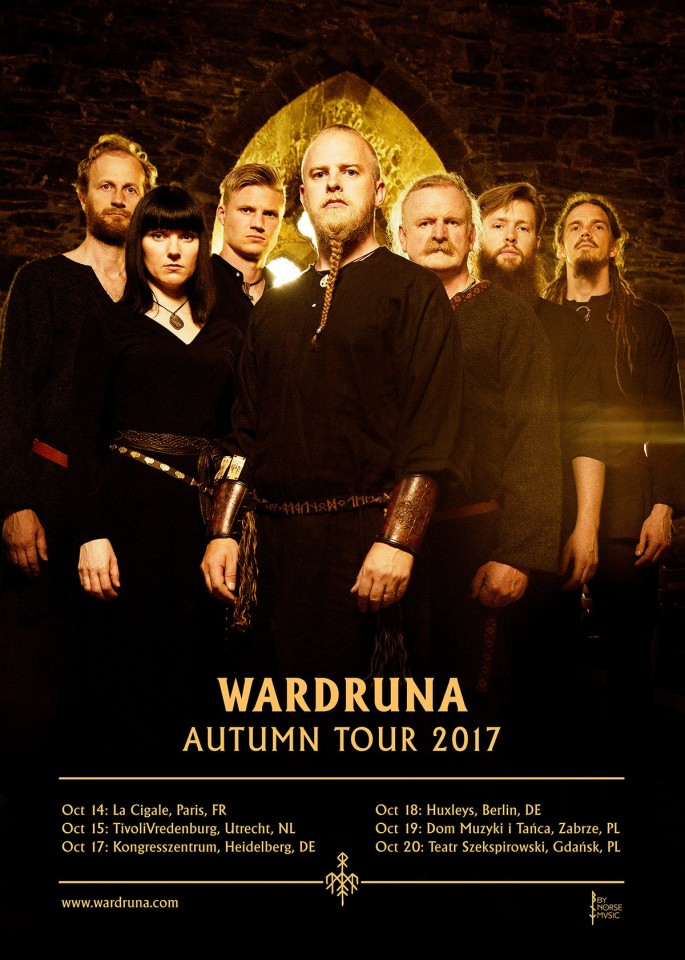 Paradise Lost, which has recorded its new album "Medusa" at the studio of the producer Jaime Gomez Arellano this spring, announced the European tour dates in support of its upcoming LP. In honor of the release, the band will give more than 20 concerts featuring Pallbearer and Sinistro as special guests. 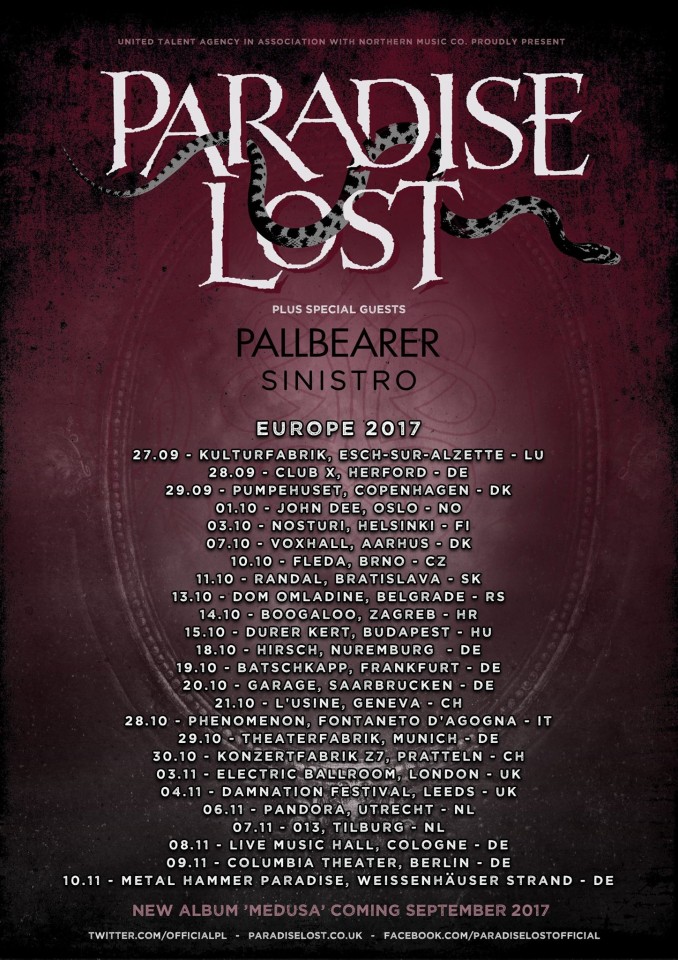 Manowar announced additional concert dates of its farewell The Final Battle World tour. The five newly announced shows will be held in Norway and Sweden. The band is reported to give two shows during one evening, on November 20, at 7 and 10 pm. All Manowar’s upcoming tour dates can be found below: