The British gothic metallers Cradle Of Filth announced the release date for the 12th album "Cryptoriana — The Seductiveness Of Decay", which will come out on September 22 via Nuclear Blast. The frontman Dani Filth says:

"The album is deeply infused with Victorian gothic horror and thus the title is a reflection of that. "Cryptoriana" implies the Victorian's infatuation with the supernatural, the grave and the ghoulish. And the subtitle 'The Seductiveness Of Decay' further cements this attraction to death and the glittering lengthy process of self-annihilation."

Also, Cradle Of Filth have announced a UK and Ireland tour which starts on November 30 in Belfast, Ireland, and ends in Bristol, England, on November 11.

The cover art for "Cryptoriana — The Seductiveness Of Decay" was created by the Latvian artist Arturs Berzins, who worked on the cover for the band 2015’s LP "Hammer Of The Witches". 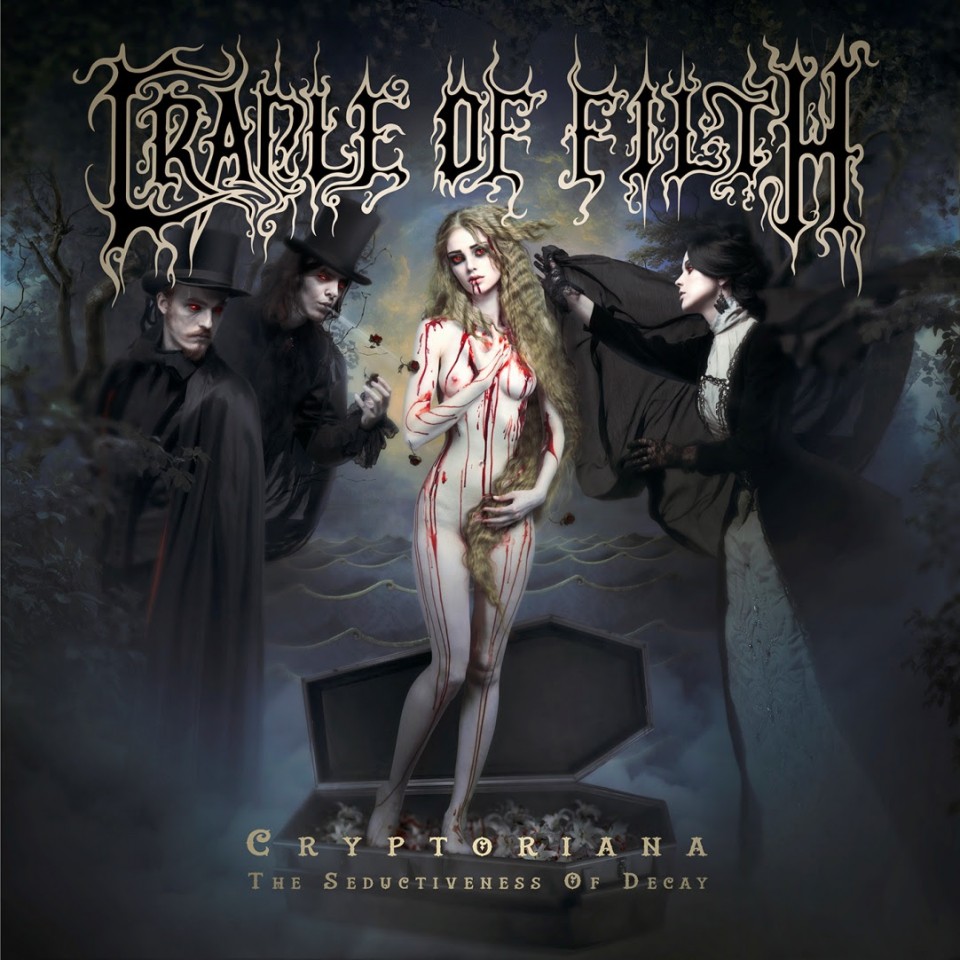