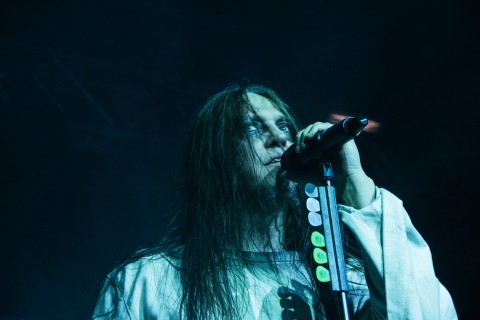 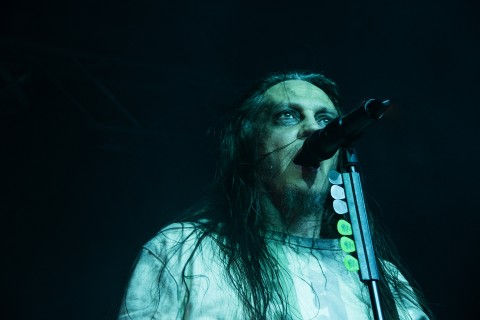 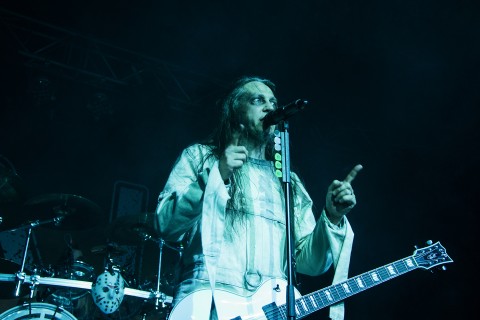 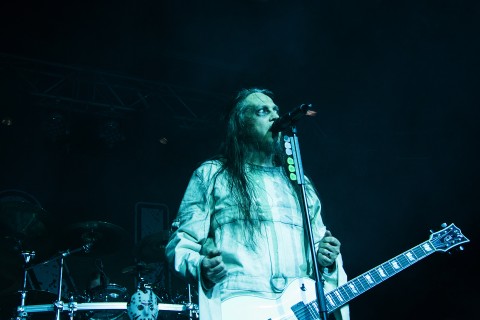 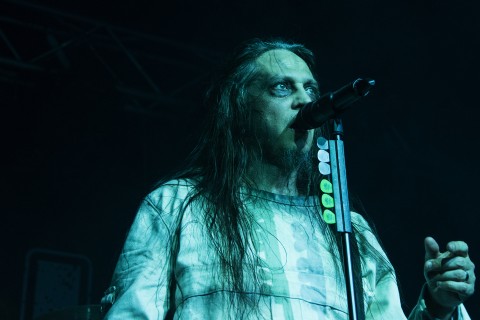 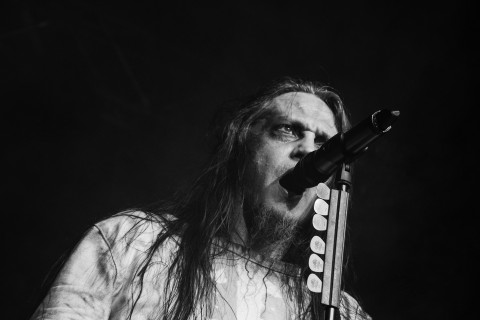 On Thursday, April 20, the Swedish industrial project Pain, formed by the multi-instrumentalist and producer Peter Tägtgren, gave the show in Kyiv. The gig, held as a part of the Coming Home Tour Part II in support of the band's new album, took place four years after the group's last visit to the capital of Ukraine.

Pain’s performance was preceded by a 30-minute set of the French band Dust In Mind. Being a fairly young group, even with mature members, the band looked quite unconfident on stage: technically simple guitar solos were played awkwardly and with a false pathos, some band’s members seemed to be a little nervous in front of the audience, and the performed tracks had quite predictable compositional twists which, in general, did not help Dust In Mind to make their show outstanding.

However, the overall rawness of the group was mitigated by the energy of its frontman, who encouraged the crowd to be active, and also the obvious desire of musicians to give out the best they could do. Due to aforementioned, most of the audience was noticeably rocked by Dust In Mind’s last energetic tracks, stored by the band for the end of its set. The musicians left the stage accompanied by the applause and cries of approval of the warmed-up spectators, who then began to react with equal vigor to the appearance of each new stagehand preparing the scene for the main guests of the evening. 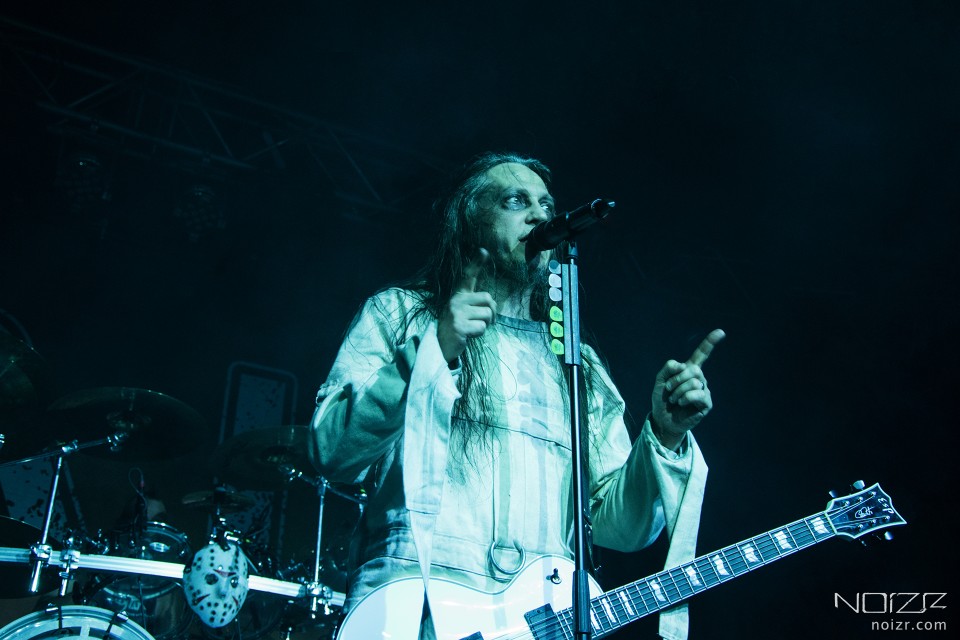 Pain’s set, already traditionally for the "Coming Home" tour, began with the song "Rebel Yell" by Billy Idol, at the end of which the band’s live musicians and Peter Tägtgren himself, dressed in a strait-waistcoat stylized shirt, appeared on stage. "We will give you 100%" — this promise, spoken by the frontman after greeting the audience, was kept by the performers in full. The powerful and extremely catchy performance of the Swedish project forced the listeners to jump and slam from the heart, as well as loud sing along familiar lines of the songs.

According to Tägtgren, with whom the Noizr team talked shortly before the beginning of the evening, the musician feels "super happy", as he "definitely thinks this is the best setup of the band so far" that Pain has live. Supporting the word with the deed, the musicians gave out a real infectious groove that night. And thanks to organizers, they weren’t held back by any technical problems, or the deafness of the soundmen (the last remark applies to the fellows who spoiled the sound at the Inquisition’s and Antimatter’s shows) — everything sounded clearly and loudly (but not extremely loud).

From the new album, there were played "A Wannabe", "Pain in the Ass", "Black Knight Satellite", the album's title song "Coming Home" and "Call Me", during the performance of which Joakim Brodén’s doll from "Call Me" video, showing its middle finger, appeared for the short period of time on stage.

The greater part of Peter and Co. set included the time-tested songs — "End of the Line", "Zombie Slam", "Suicide Machine", "The Great Pretender", "Dirty Woman" etc., and of course the hit "Shut Your Mouth", which was the final composition of the concert. The musicians bowed to the song "My Way" by Frank Sinatra. Later, according to the fans’ posts in social networks, many visitors also managed to take photos with musicians and take autographs from Tägtgren.

P.S. Soon we will post a text interview with Peter Tägtgren, so stay tuned.