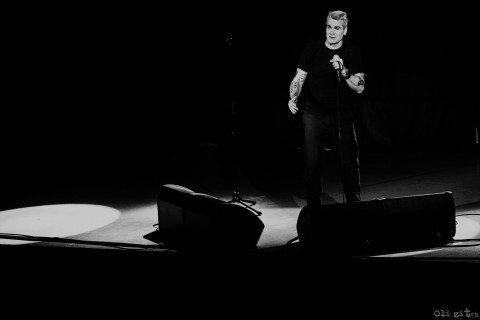 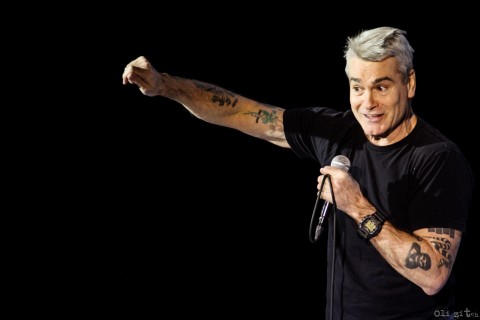 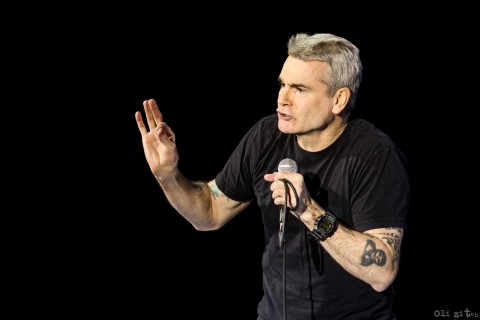 The next week he turns 55, but Henry Rollins remains a man, who takes all the best from life, and does not regret his actions. He is not a bold punk anymore, his face is covered with wrinkles and a neat haircut is mainly gray. However, these years are noticeable only in the musician's appearance, his age did not prevent him of being the same purposeful and contagiously active guy.

On February 4, Henry Rollins performed in Kyiv with the big stand-up show, held as the part of his European tour "Charmingly Obstinate". He is a punk rock legend, Black Flag’s and Rollins Band’s frontman, actor, writer, TV and radio host and a charismatic actor.

A lot of people gathered in the hall, waiting for the show beginning. And what's interesting is that there was completely different audience. The humor and life stories of the showman are appropriate to all ages, so in the rows before the scene there were peers and the listeners even older than Henry.

"I’ve always tried to be punk and punctual," he said in his own defense, beginning the show a few minutes late. The first ten minutes Rollins talked about Ukraine, expressing his delight to perform in Kyiv, the city, he has read and heard so much about.

"I am 55, but that’s not the topic, what I found for all these years, it is very, very hard to help others meaningfully. I watched what happened in this city from the comfort of chairs, I drank coffee as people stood at sub-zero weather." 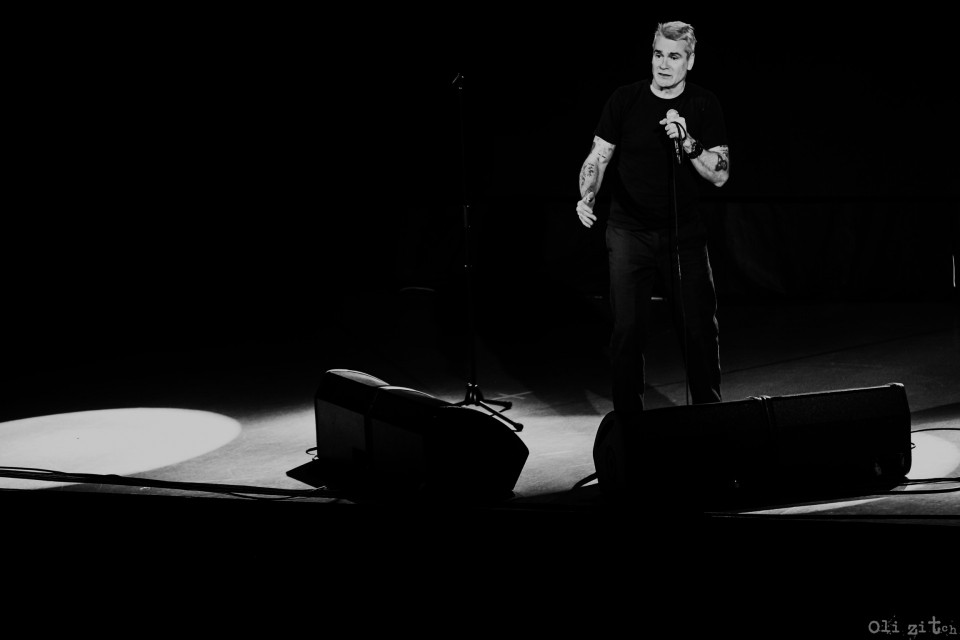 He discussed Ukrainians courage, calling himself not so brave and decisive, as it may seems. With a whole series of amusing everyday life stories, the artist made fun of those who endlessly advises and "helps" Ukraine, sitting in front of their TV screens, as well as politicians and overly patriotic citizens of his country. During this time, people in the hall started laughing more and more, gradually picking up Rollins’ fast tempo, who only warmed up the audience simply to blow it up later.

Quite soon his sincere, simple humor and incredible charisma created an atmosphere of usual communication process. Henry went on to tell many stories. From one, he gradually shifted to the next one, causing more and more loud outbreaks of laughter: the curious situations from his young ages, meeting the Ramones and the turbulent years as the member of Black Flag. His story about rattlesnake bite brought a few of my neighbors into laughing tears. Unexpected lunch with David Bowie, alcoholic adventures in a plane with Lemmy, it’s just his life, as it is.

At the same time, not everything about Henry Rollins’ life can be listened to with a smile. With some short stories about the death of a close friend, absurd human actions he diluted the endless flow of humor, blaming the primitive, stupidity banal and illogical behavior of people in ordinary situations.

His speech lasted nearly three hours. During this time, Henry took no pause, no water, just following his topics. Without any notes and slightest signs of fatigue he held the audience through the years of his life, emphasizing the profound moral of each story.

"I go wherever I can. I like to be a fan of people, I like music, I go to concerts." As it was mentioned before, Henry Rollins is the guy who takes all the best from his life and urges everyone to do same. His show is a huge charge of motivation, a call for activity, traveling and self-realization in different fields. Today, fro him it doesn’t matter whether he plays a fierce scoundrel, the leader of the neo-Nazi movement in the series "Sons of Anarchy" or a sappy role in the "Jack Frost” movie. He is an actor.

At the very beginning of his speech, Henry jokingly said that he will certainly ask for citizenship in Ukraine, if Donald Trump becomes the president of the United States. And going off the scene, he said that he is still sure to come back. The listeners accompanied him rose in applause, in fact during the show there were just life stories of the person like a few hundred people in that hall. 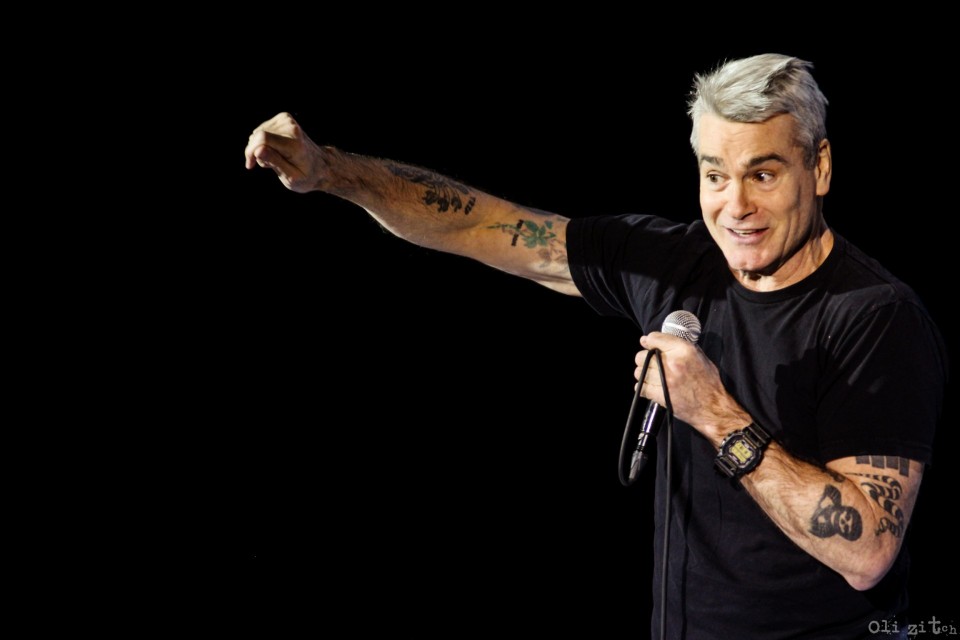