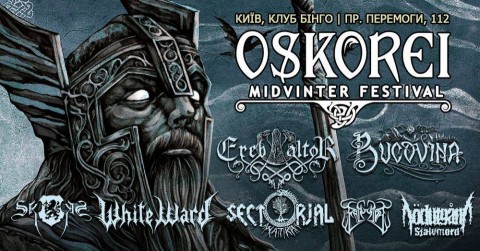 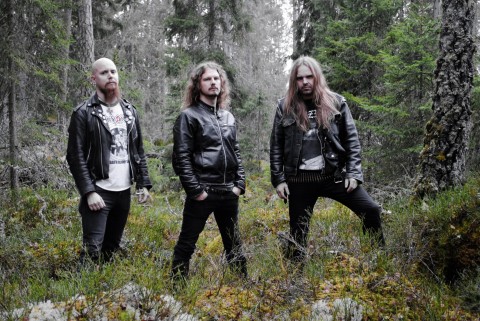 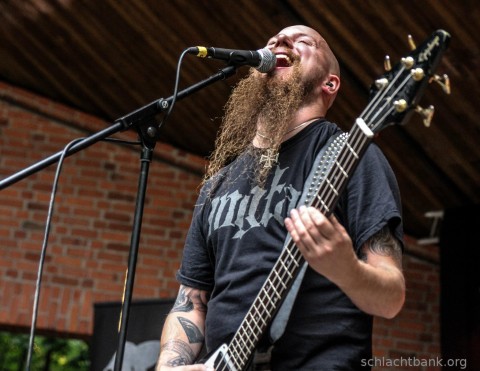 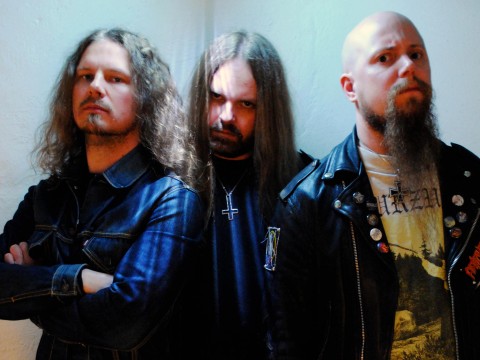 For eight years of its existence, the Swedish black metal project Skogen has declared itself as a band that does not want to follow trends. Focusing on the atmosphere and integrity of their albums, the musicians stand out from the great number of bands that one of the founding countries of the genre can boast of.

In December, Skogen will visit Kyiv, Ukraine, where they will share the stage of the Oskorei Festival with other extreme metal acts from Ukraine and other European countries. Ahead of the event, Noizr Zine interviewed the band’s guitarist, vocalist, and founder Joakim Svensson, questioning him about the upcoming fifth studio album, the life of metalheads in Sweden, and the modern black metal scene.

According to Svensson, Skogen doesn’t see itself as a massive touring band. Nevertheless, as in the approach to creating music, the project takes up the matter only with all it’s heart, and the opportunity to give it its all.

On your Facebook page, you intrigue the fans with the upcoming album updates. How is the work on a new record going on? Are you planning to present new songs at the Oskorei festival in Ukraine?

Joakim Svensson: We are as good as finished with the upcoming album. Just some minor touches left. Soon it’s off for mixing, hopefully! We’re planning a release early next year. But no date or month set yet. We’re not playing any new stuff in Ukraine, you will hear it as soon as we release anything from it!

For me, Skogen’s music becomes more grim and heavy with its every new album. How would you compare the upcoming release with the previous ones?

Joakim Svensson: Thank you. We write what feels good to us at the moment, and it just happens to sound that way it does on each album. Everything depends on the mood and inspiration. If you thought "I Döden" was heavy, it’s nothing compared to the new one, since we’ve tuned down four steps, and the whole album is recorded in A#. It still sounds like Skogen, of course! Just that since we always play slow paced, it suited better with downtuned. And it sounds really dark now. There’s some more clean vocal parts this time, and also some northern harmonies. It’s hard to say when you are the one writing the music, so it’s up to the listeners to tell what they think. We wrote what felt close to our hearts at the time, and it feels like we’ve made our strongest album thus far. Beware!

You’ve once admitted that "it's not easy to make a living on music. We all have jobs we have to do", at that time the band has been existing just for 4 years. Nowadays, do you have to combine work with music?

Joakim Svensson: It’s VERY hard, if not impossible to live on your music in Sweden, in this kind of genre. MAYBE if you tour at least 300 days a year and get a good booking agency. But we’re not a massive touring band. We like to play live, but we take what feels like a good opportunity. All four of us have jobs. It’s shit, but what can you do? Still looking for some millions to fall on my lap, but that won’t happen, so I guess we’re stuck with this.

You’re from Sweden which, like Finland and Norway, is considered a kind of mecca for metalheads because of its developed metal scene with a lot of great bands, good venues, festivals, supportive fans, etc. What can you say about this statement? Are there any other difficulties that Swedish metal bands face with, except for having a regular job? Do local metal musicians, like a self-employed, have some official support from the government?

Joakim Svensson: I agree to some point. Sweden do have some really good bands. But venues… not really. The scene is growing stronger and stronger, and everyone is playing, but there are no good venues. It’s either arenas or school cafeterias. It is easy to start playing in bands here. You can borrow instruments and rehearsal places for free, and the government can help you out. There’s a few loopholes to get stuff for free. All in all, a good country to start playing music in. And because the weather is crap 350 days a year, there’s nothing else to do, really. 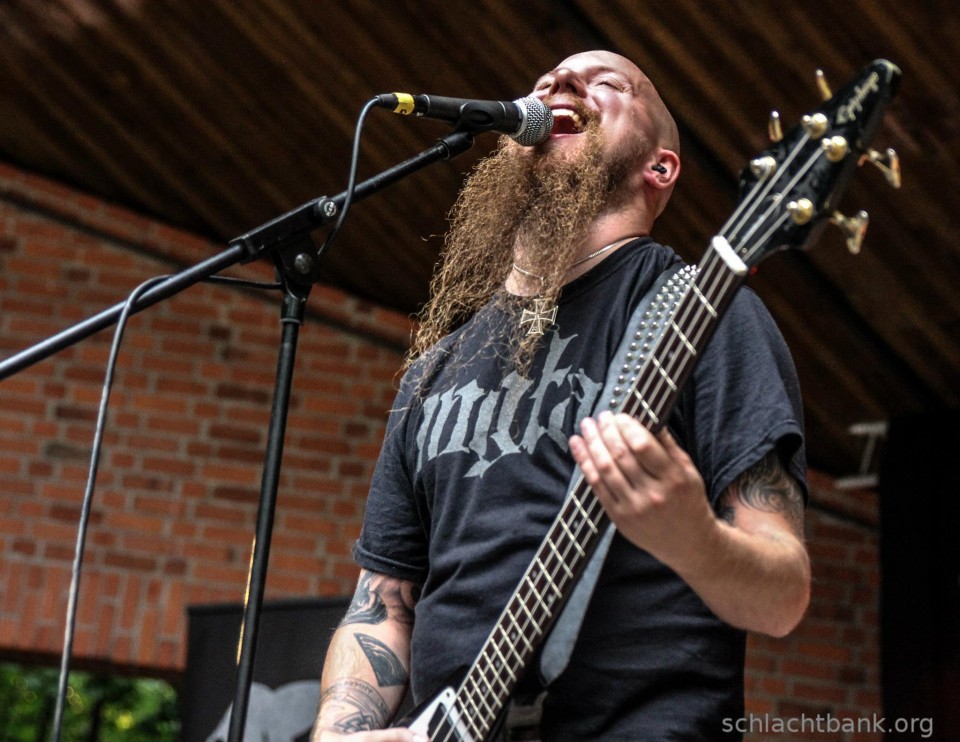 You’ve said in the interview that "today's black metal scene is both amazing and shitty. There's a million shitty bands that just try to be something they're not, but there's loads of really amazing bands". So, what are the main features of "shitty" and "amazing" bands?

Joakim Svensson: There are lots of these one man bands when they sit by their computer and release extremely boring music without any feel to it. And then there are bands that bring something to the table. What can I say? Shitty music is shitty music, and amazing music is amazing music. Period.

Could you name at least 3 not well-known but, in your opinion, amazing black metal bands?

Joakim Svensson: If you mean Swedish, then Face of Evil, Sigrblot, Stilla. For example. There are lots of really good bands, but here’s 3 that don’t sound alike at all. 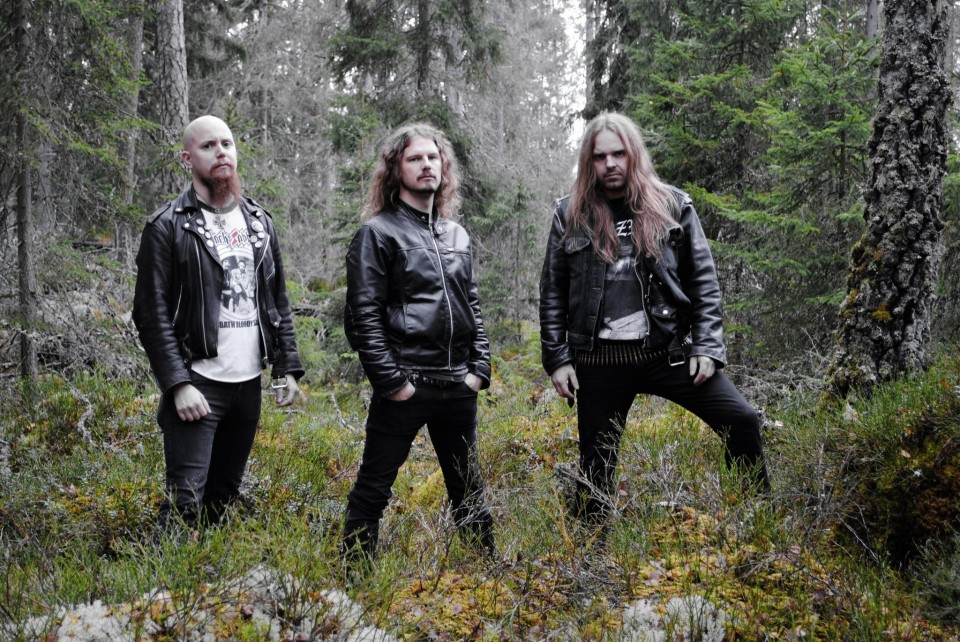 Once you’ve mentioned, "We always look for a natural sound on the drums and always use real amps for the guitars. No fucking Abyss Studio sound here". What don’t you like about sound of Peter Tägtgren’s studio which has worked with Dark Funeral, Immortal, Marduk and other great black metal acts?

Joakim Svensson: I say lots of things I don’t remember. But it’s true, so… well, there’s nothing natural about the Abyss-sound. I have lots of albums recorded there, and I have no problem with it. It’s just that it doesn’t fit our vision. Peter Tägtgren does a hell of a job, of course, I just spoke through our vision. Then there are the opposite sound as well. The cookie jar drums, which also sound awful, but gives a purpose in some music, as well as the Abyss-sound. But for us, we want natural drum sound, as well as guitar and bass sound. No pedals into the computer, or AmpliTubes in Cubase. Mic the amps like you’re supposed to, and find a really good drum sound. It’s not THAT hard, so I don’t get why people eagerly look for extremely triggered sound, that doesn’t even sound like real drums. Every man to his own taste, I suppose.

What do you think about opinion of some metal elitists who say that Peter Tägtgren has "ruined" black metal?

Joakim Svensson: I’ve never heard anyone saying that. That is just idiotic. If anything, it’s the bands that ruined themselves, looking for that sound. Peter only did what the bands wanted. ”Elitists” are often 15-year old mongoloids sitting on some black metal forums talking about Euronymous and how trve everything was back in the days, although they were born after he died. I have nothing in common with them.

Are there any well-known music producers with whom you would like to work in future or which works you admire?

Joakim Svensson: I think Devo from Marduk does a great job. There are some others not well-known, as well. We’re gonna let our friend and local mixing guy Jakob Lindahl mix our album. He’s fast, has a good ear, and does a fantastic job.

COB’s Janne Wirman told us that "music industry is going down totally" because of streaming services and major labels who choose streaming as a way to go. What do you think about digital albums and streamings? Do you believe that because of the unpopularity of physical formats everything goes to hell?

Joakim Svensson: Well, it’s pointless to still be against downloading and streaming. It’s way too late now. I actually think it’s only good for the bands, because the spread of the music gets a million times more out there now. I prefer physical formats, and would never only release a digital album, but the physical format has increased A LOT lately. Especially vinyl. It’s a trend now, and that’s good for the bands. Not for the buyers, with all the colored vinyls and stuff, but still... not many labels wanted to put out an album on vinyl 15 years ago. Everything have good and bad sides. It’s a lot better now that 15 years ago, that’s for sure. Download and stream Skogen’s music as much as you want, then more people can listen to us. But make sure to buy our albums and support the scene as well. If people don’t buy, the labels fade, and the bands can’t release more albums. Simple mathematics.

We know that you have a large CD & Vinyl collection. Name 3 most important albums from it.

Joakim Svensson: Only 3 is hard. And I guess you want me to name some black metal, but I won’t. I’ll go with 3 classics that has been extremely important to me since I was like 9, and through the years: Deicide — "Deicide", King Diamond — "Conspiracy", Metallica — "Ride the Lightning". 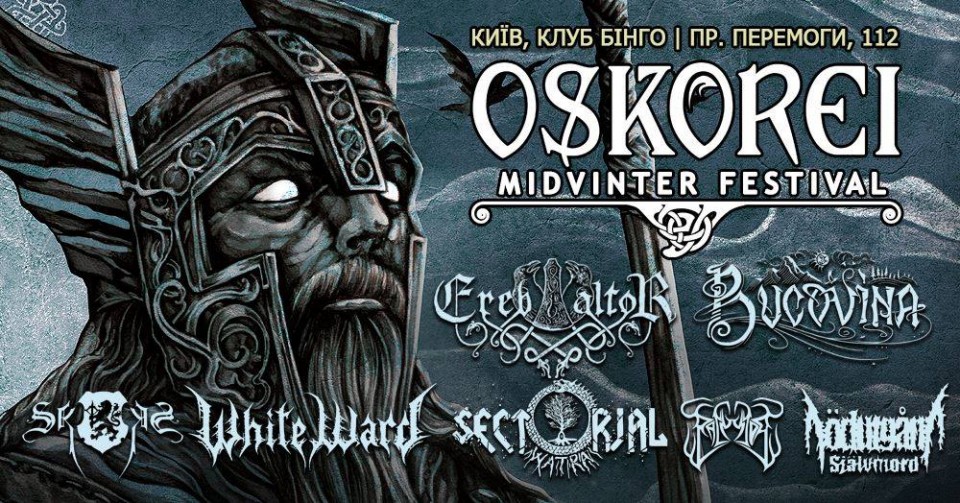