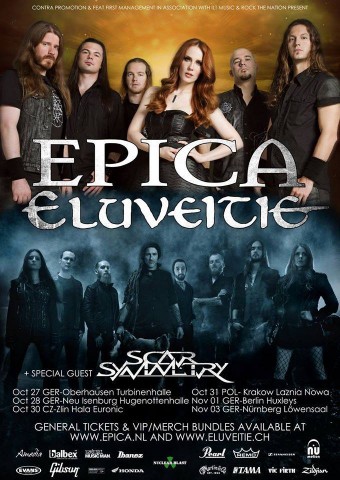 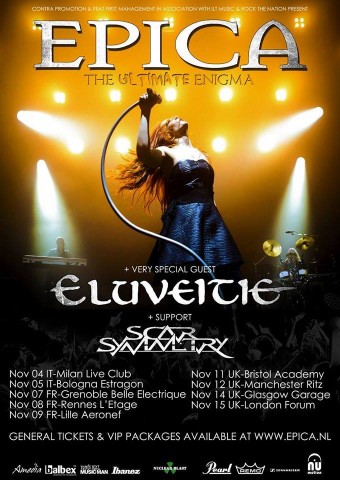 The bands Epica, Eluveitie and Scar Symmetry will give joint concerts in Europe in October-November this year. Eluveitie will go on tour in support of their album "Origins", which was released in August last year. According to the label Nuclear Blast, Scar Symmetry also will tour with the new full-length record.

As for the Dutch band Epica, they will get back to the studio to start recording a new album after the tour.

"We're in the middle of the European summer festival season as we speak, and we're having the time of our lives!" — Epica's guitarist Isaac Delahaye: "Every show keeps getting better, every crowd seems bigger than the last one. "The Quantum Enigma" raised the bar drastically on all levels. I hope, we can share our enthusiasm with our fans one more time later this year!" 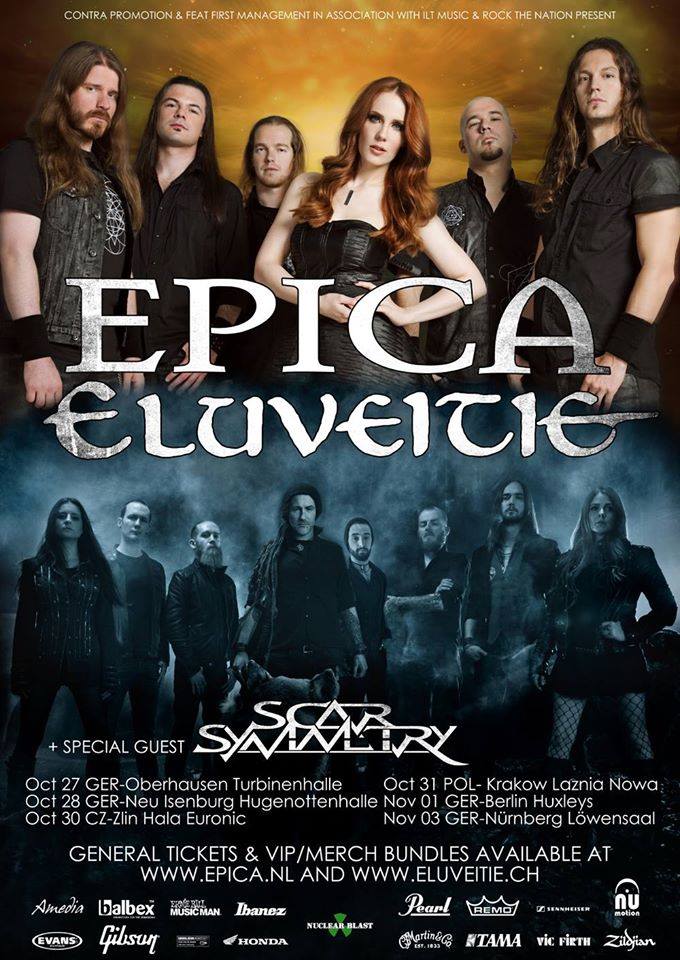 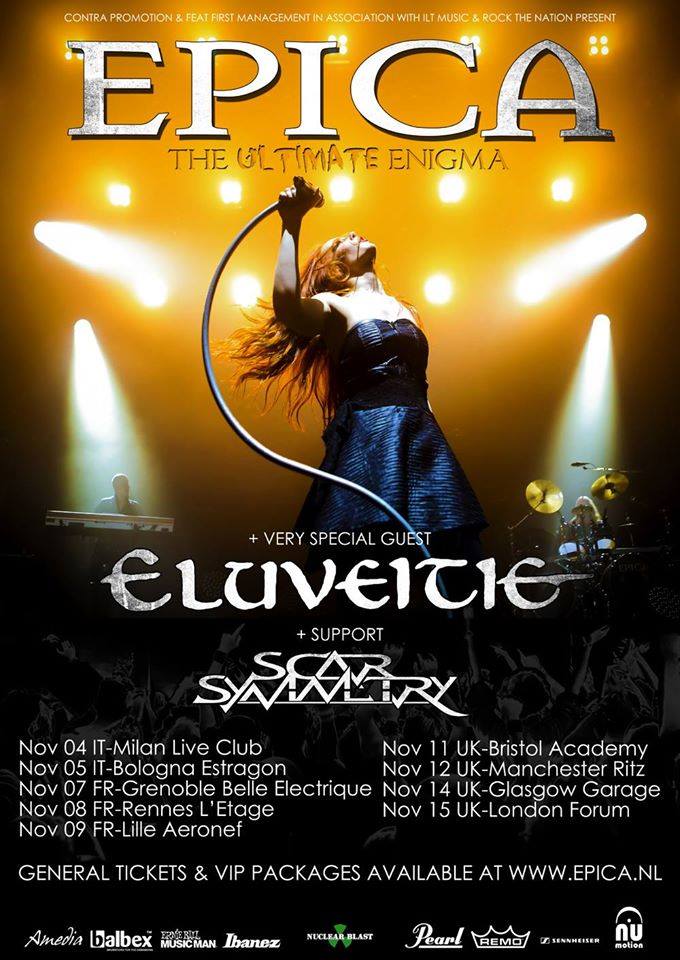 See also: Laibach to be the first western band performing in North Korea