Less than a year after the sixth album "Sgùrr" release, the Hungarian project Thy Catafalque unveiled the track from the upcoming LP "Meta". The song titled "Mezolit" can be listened to above.

The project’s founder instrumentalist Tamás Kátai said that the new album is more "a tad friendlier" than the previous full-length album "Sgùrr", which was discribed as "cold and gloomy" release in Noizr Zine’s review.

"The track "Mezolit" ("Mesolithic") features two vocalists taking my place – my old friend, Lambert Lédeczy from AHRIMAN, MÖRBID CARNAGE, and TYRANT GOATGALDRAKONA and Gyula Vasvári from PERIHELION delivering the clean vocals. The song itself is set in prehistoric times, we cannot fully comprehend and at least for me it breathes a feeling of timelessness, like existing through aeons. The Greek term "Meta" originally meant "beyond, over, through", which corresponded to my vision of a journey through different times and life forms. I am fascinated by the idea of a circle of life, of existence in another form after the disintegration of our bodies, how we dissolve into earth, and how something very different is built from our cells that is still derived from the most basic elements of life. Musically speaking, a great number of guest musicians have contributed to "Meta". Apart from Gyula and Lambert, Attila Bakos and Ágnes Tóth are each back for one song, and also Zoltán Kónya (GIRE). Balázs Tóth from CASKETGARDEN appears on lead guitar in one track and there are some oboe and cello as well. I assume all in all, "Meta" comes across a tad friendlier than "Sgùrr" was", Tamás Kátai states.

The seventh album "Meta" by Thy Catafalque is to be released on September 16 via Season of Mist. 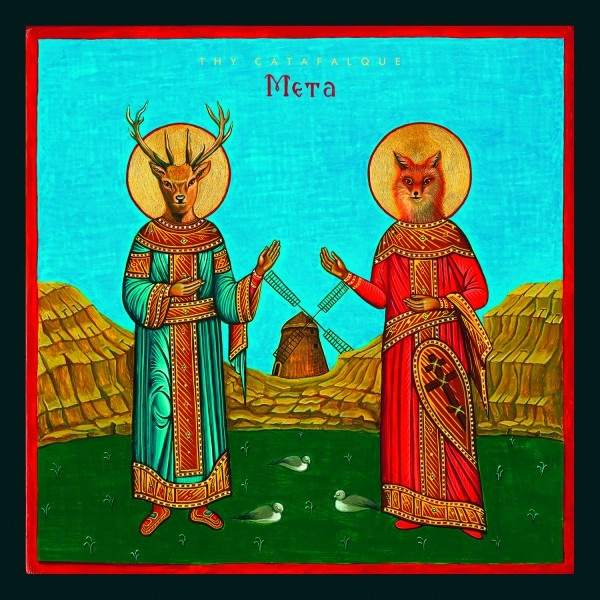