The Finnish melodic doom/death metal band Swallow the Sun released the lyric video "Abandoned By The Light". The song is taken from the upcoming triple album "Songs from the North I, II & III", which comes out on November 13 via Century Media Records.

In support of "Songs from the North I, II & III", the musicians will go on the European tour, which will last from November 26 to December 19. 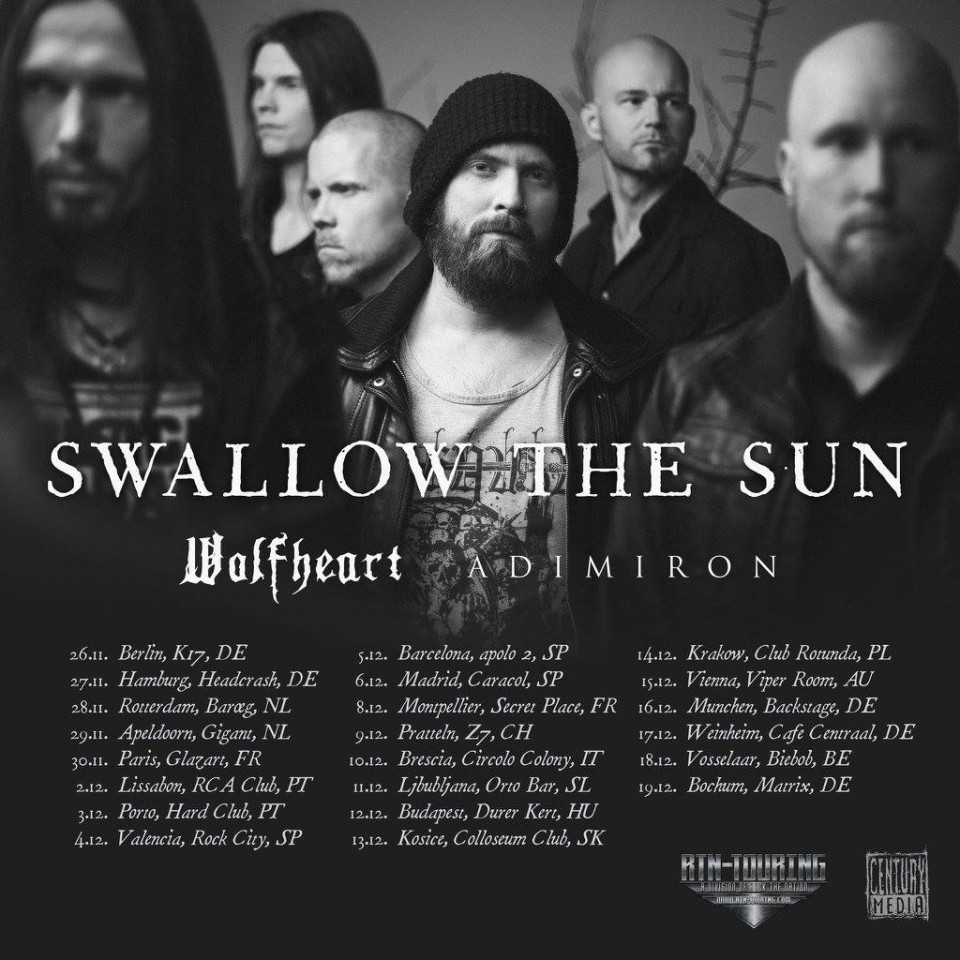