The Swedish quintet Spiral Skies released a new video for the single "Dark Side Of The Cross", taken from the band’s debut album "Blues For A Dying Planet".

According to the description, the style of Spiral Skies is a unique blend of folk, doom and 70’s inspired rock music. The band has been compared to bands such as Jefferson Airplane, Curved Air, and The Devil's Blood, to name a few.

Spiral Skies on the single "Dark Side Of The Cross":

"Those who have been banished, oppressed and pursued — gather and gain strength. Only from the other side can the world be tipped upside down."

"Blues For A Dying Planet" came out on May 18 via AOP Records (Harakiri for the Sky, Anomalie). The full album stream is available here.

"Blues For A Dying Planet" was recorded and mixed by Eric Sandberg at Studio Radioskugga, Stockholm, in 2017, and mastered by Marco at Analogcut Mastering, Berlin, in 2018. In addition to Spiral Skies’ musicians, Andreas Sandberg (synthesizer), Rickard Uttermalm (choir, organ), and Asser Hakkala (choir) have also participated in the recording. In December last year, Spiral Skies released their first ever video for the song "The Wizard's Ball".

"Blues For A Dying Planet" is now available digitally and on CD and vinyl from AOP Records via distribution from Plastichead (Europe, USA, World) and Edel (Germany, Austria, Switzerland).

"Blues For A Dying Planet" cover: artwork Illustration by Vadim Karasyov, cover and booklet are designed by Atmanoid, cover photo by Björn Pettersson. 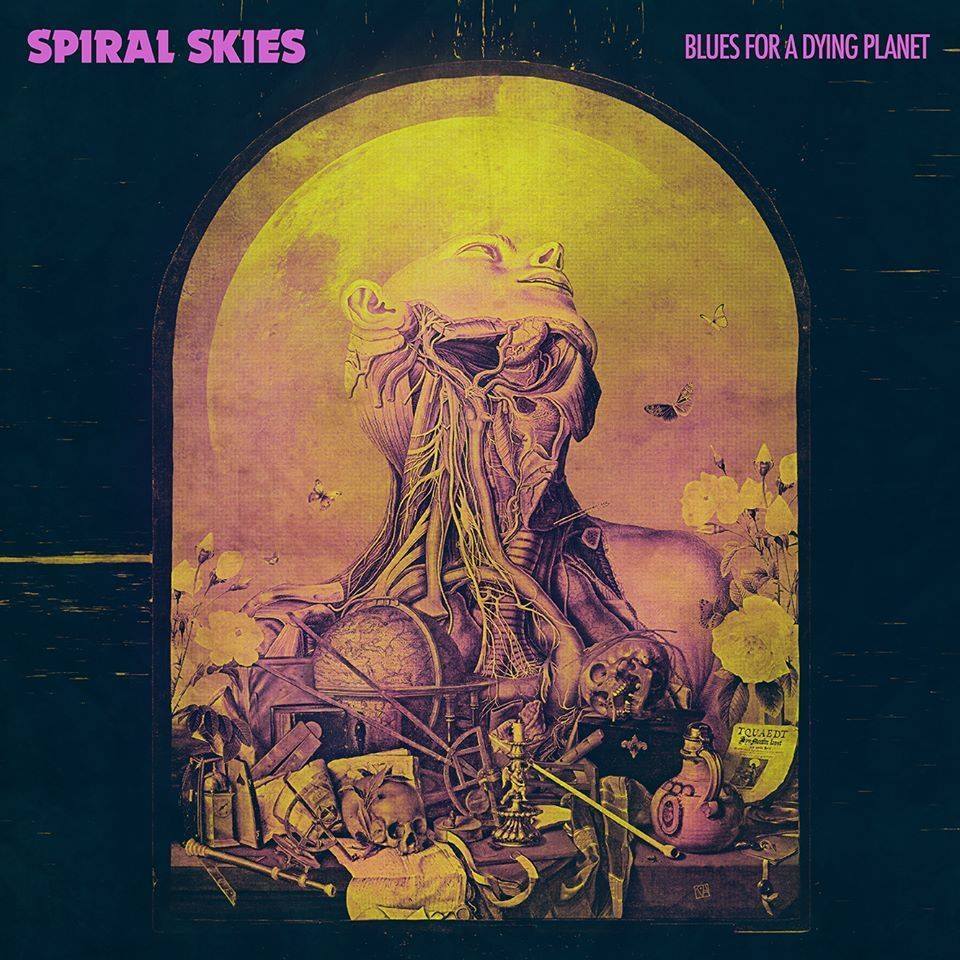