The Icelandic metallers Sólstafir presented their new video for the song "Miðaftann" from the latest album "Ótta", released in August, 2014.

On the official Facebook page, the musicians commented on "Miðaftann", that it was directed by Vesa Ranta, the ex-member, drummer of the Finnish band Sentenced, and Harri Haataja, whose last music video work was Iron Maiden’s "The Final Frontier".

This May, Sólstafir are going to visit England, France, Germany, Austria and other European countries. The band will play nine gigs, performing the album "Ótta":

"Ótta in its entirety — complete with strings and piano — followed by a selection of fan favourites from Solstafir's history," — the musicians said on their official website.

Listen to Sólstafir "Ótta" in full 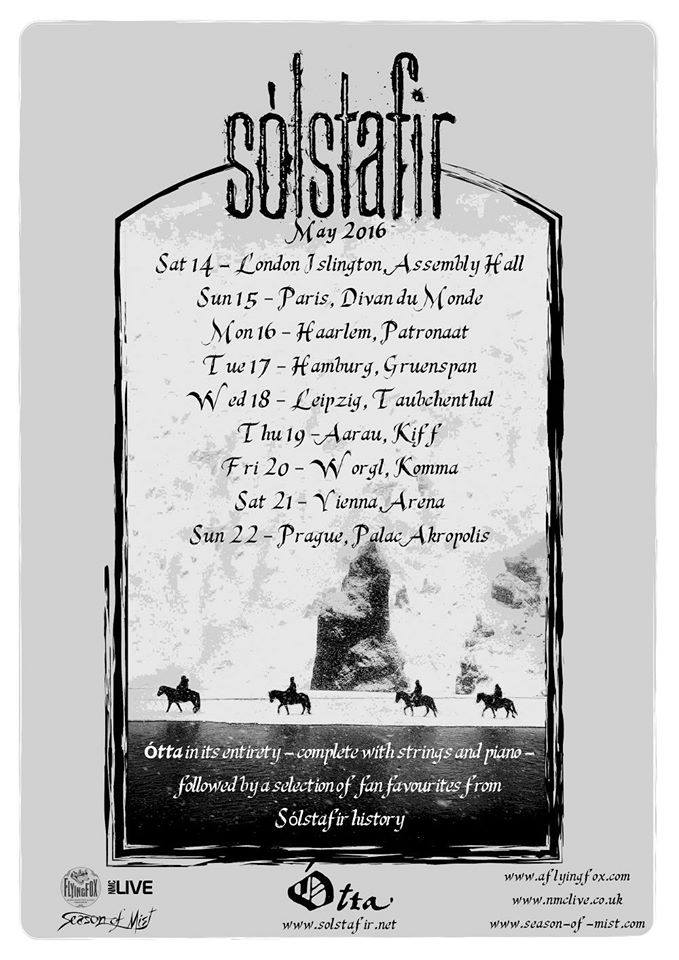