Frédéric Leclercq comments: "This is the video I've always wanted to make. We had a great team called Independent Film and they understood the vision I had. The song is brutal and I wanted to incorporate elements of horror movies, which I love, too! I'm so happy with the result; we all are! It's beyond our expectations. The location was perfect, the makeup artists did an amazing job, and the filming process was intense. Some of us slept very little so it was easy to 'get into it'. One thing about the contact lenses: we couldn't see shit with them. So we were really blind in a hot steamy factory, covered in blood, with death metal blasting through the PA — perfect!"

The self-titled two-song EP from Sinsaenum came out on June 6 this year. The band’s full-length record "Echoes of the Tortured" will be released on July 29 via earMUSIC. Previously, the group presented the video for the song "Army of Chaos", which also appears on the upcoming LP. Pre-order: sinsaenum.com.

The music video "She Sees Everything" by Joey Jordison’s new project Vimic can be seen here.

"Echoes of the Tortured" tracklist:

"Echoes of the Tortured" cover 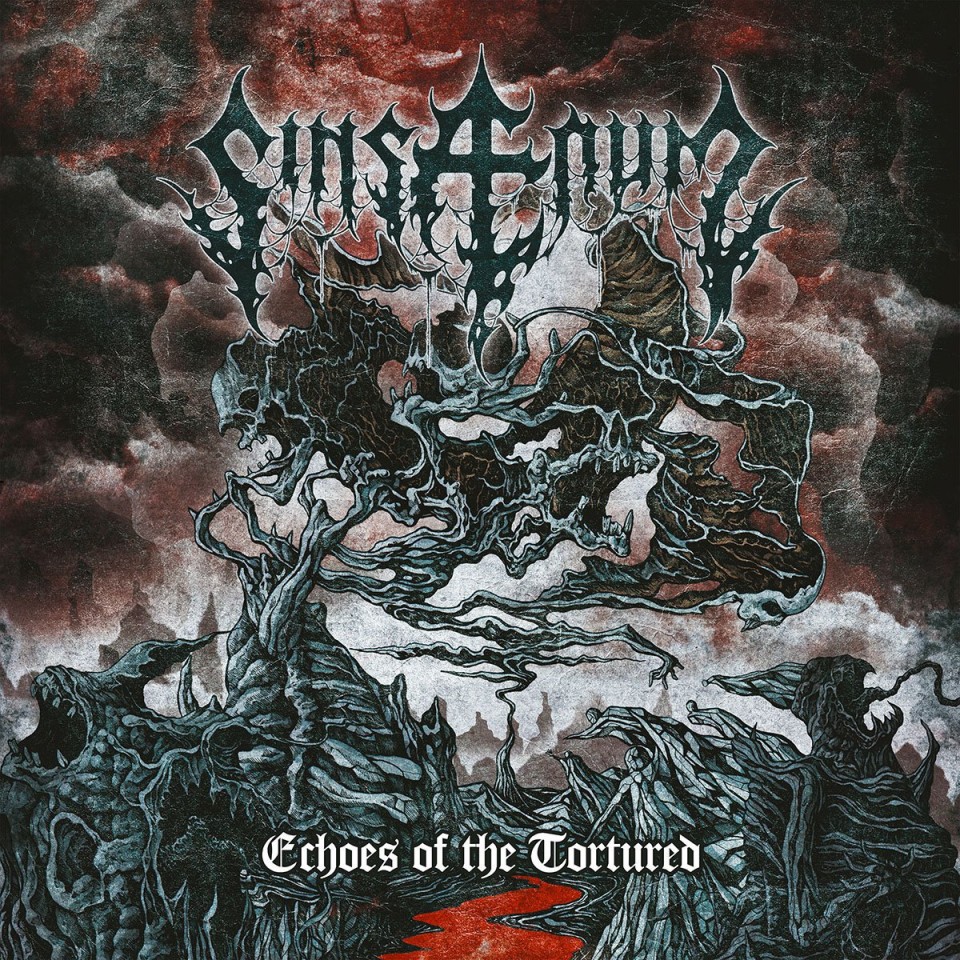