On October 27, Season of Mist released the third LP "Urn" of the Australian progressive metal band Ne Obliviscaris. Above, you can listen to the full album stream.

Frontman Tim Charles tells Prog: "Every time we head back into the studio it's simply with the intention of being ourselves and challenging each of us in the band to continue to expand and enhance what we are capable of doing. "On our new album Urn, it feels like the culmination of all of these years of hard work has come together in a way that is beyond anything we have done before..."

In July, the band presented a video for one of the album’s tracks "Intra Venus". In support of the new release, Ne Obliviscaris will go on tour in Europe in March-April 2018. All the band's tour dates can be checked out below. 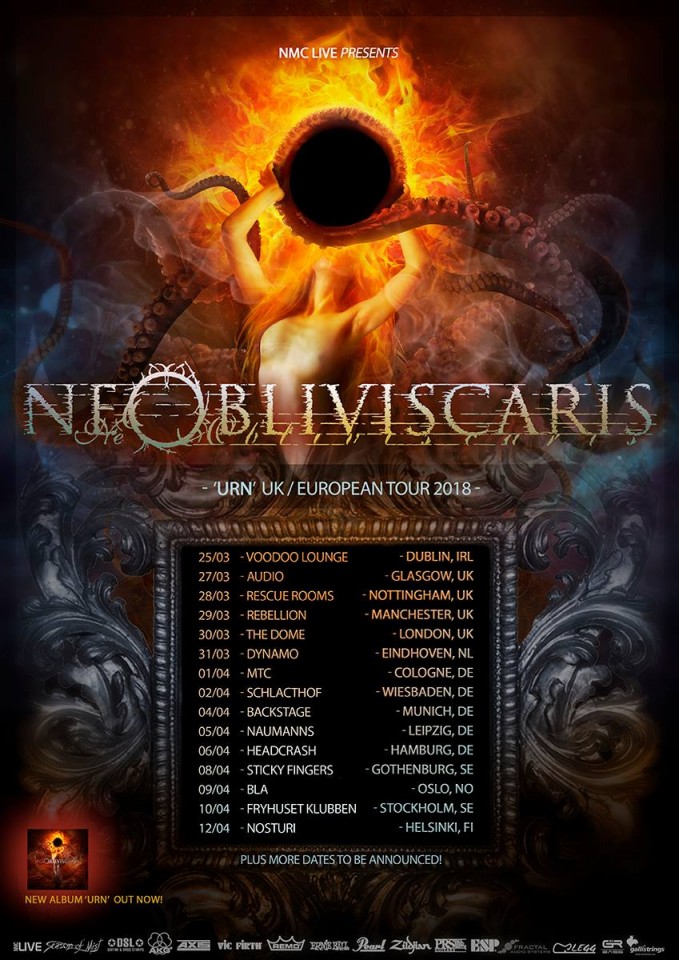