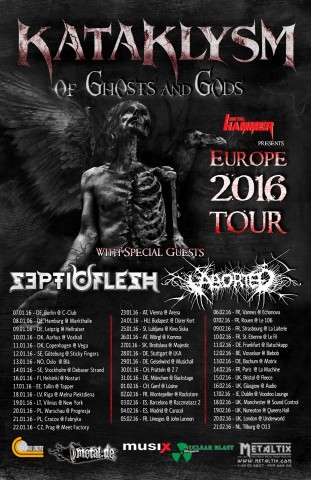 In anticipation of the twelfth studio album "Of Ghosts And Gods" release, the Canadian metal band Kataklysm posted "Marching Through Graveyards" video teaser. The premiere will be held on 24 July. According to the official press release, the group plans to film 10 videos to the new album release:

"Of Ghosts And Gods" comes out on July 31 via Nuclear Blast. The album will be available on CD in digipack and double vinyl.

In early June, Kataklysm presented the song "Thy Serpents Tongue", which also enters in the upcoming record. Follow the link for listening to the track and finding out more information about the band's new album. In 2016, Kataklysm will go on European tour with Septicflesh and Aborted. 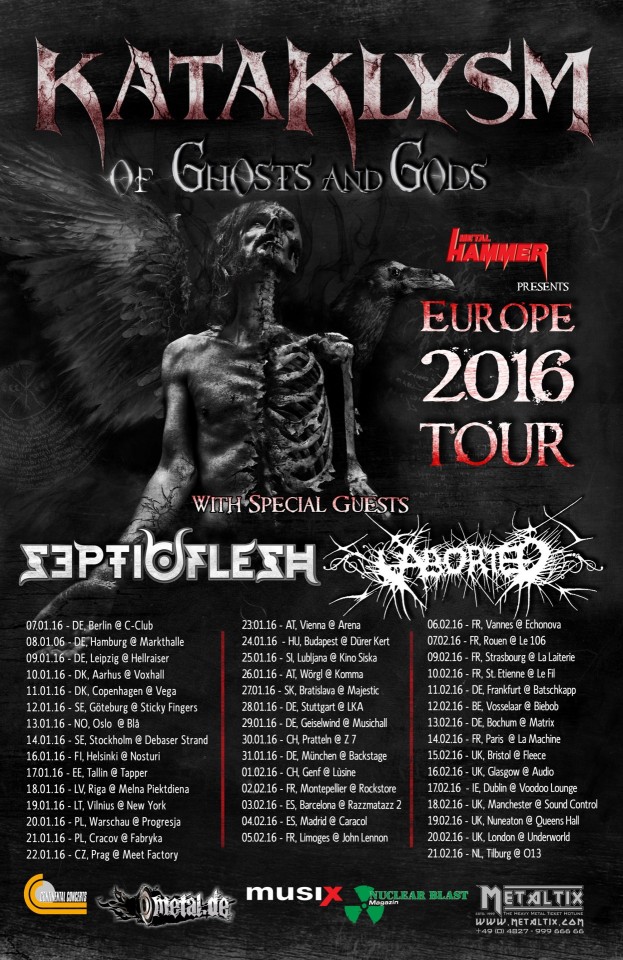