The Swedish black metallers Dark Funeral shared the title track of their sixth album "Where Shadows Forever Reign", due on June 3 via Century Media Records.

The guitarist Lord Ahriman: "I've said it before, but in case you missed it, I will say it again. WE ARE BACK!!! And to prove that we're really back to reclaim the throne once and for all, we now have the privilege to let you all get a taste of what is to come in the form of the epic title track of our long awaited new masterpiece! Sit back, put your speakers on max and enjoy the ride through ancient realms so forlorn and cold, the majestic realm where shadows forever reign."

The vocalist Heljarmadr, for whom "Where Shadows Forever Reign" along with a new bass player Natt will be the first release as Dark Funeral’s member, adds: "The lyrics to 'Where Shadows Forever Reign' deal with self sacrifice. To reach further on my spiritual path I must give something from myself. Be it material or a piece of my heart and soul, as long as it's something that deeply matters. To truly reach the world of shadows I must summon my inner shadows, my inner darkness and allow no light."

"Where Shadows Forever Reign", which will come out seven years after the release of the band’s album "Angelus Exuro pro Eternus", was recorded at the Dugout Studios (Uppsala, Sweden) with producer Daniel Bergstrand (In Flames, Dimmu Borgir, Behemoth) and Lord Ahriman. The artwork was created by Necrolord, who previously worked with Dissection, Necrophobic, Emperor. Dark Funeral’s nearest tour dates can be found here. 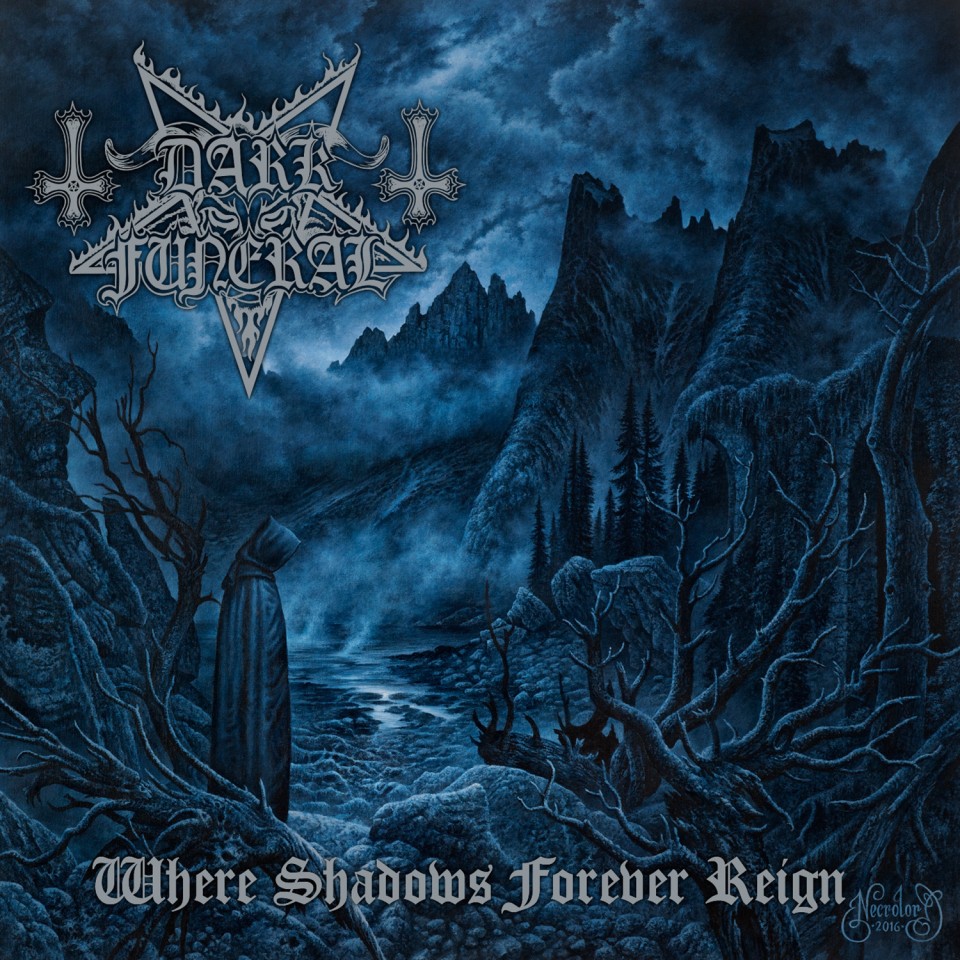