"Dusk And Her Embrace", which came out on August 19, 1996 via Music For Nations, turns out, had the original version recorded by other band’s line-up. The original version has been never released because of disagreements with Cacophonous.

"The wait is over. The original "Dusk and Her Embrace" is dragged kicking and screaming into the world, and people can finally hear for themselves what a true masterpiece it is", said Neil Harding, Cacophonous Label Head.

Cradle of Filth signed with Cacophonous in 1994 and the following year released their debut album "The Principle Of Evil Made Flesh". During work on "Dusk And Her Embrace", there was a conflict occurred between the band and the record label, as a result of which the group broke up. A part of the musicians, led by frontman Dani Filth, recorded EP "Vempire" and issued it via Cacophonous, then they re-started work on the second LP for Music For Nations at another studio with another producer.

"Dusk And Her Embrace... The Original Sin" tracklist:

"Dusk And Her Embrace... The Original Sin" cover 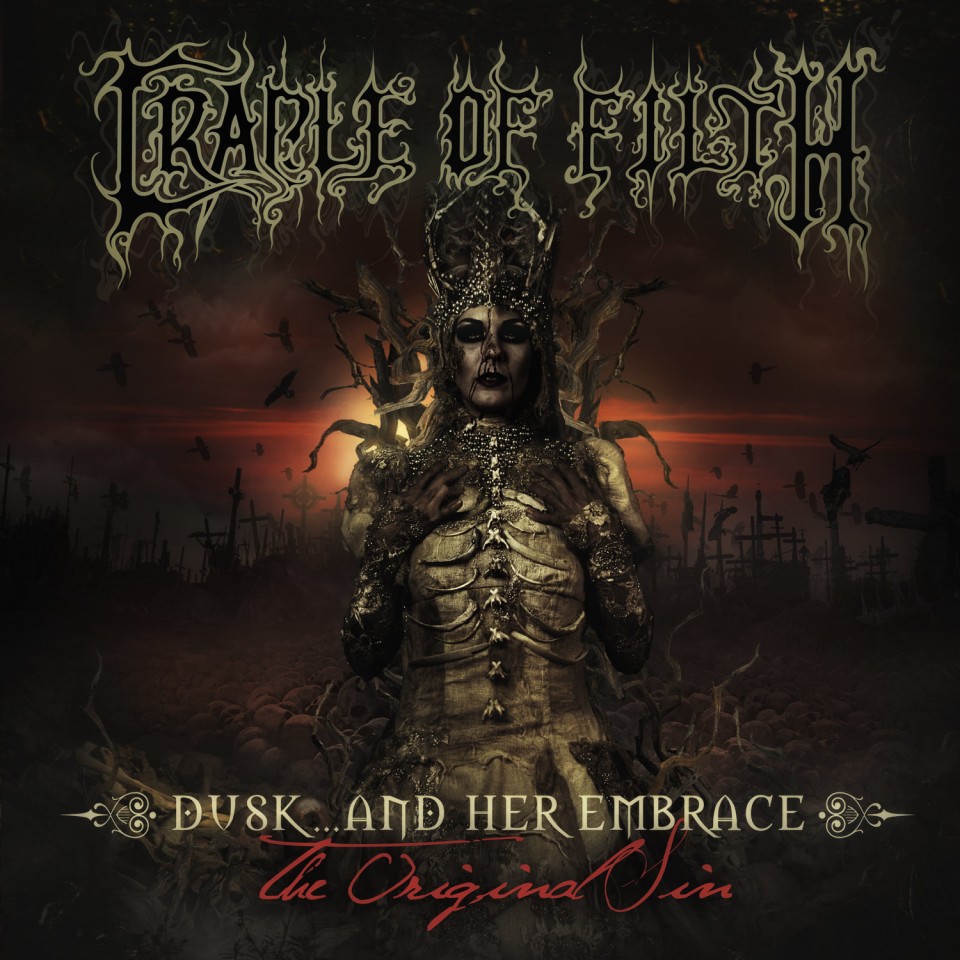