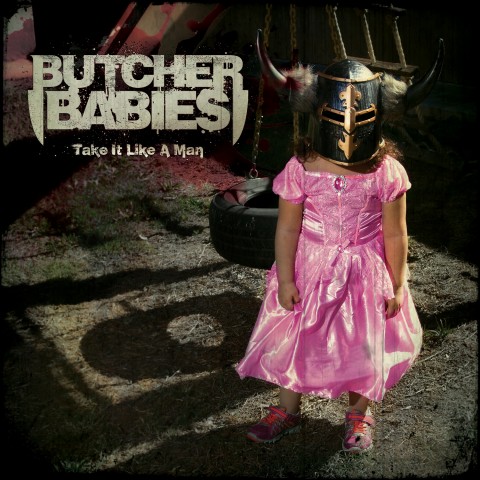 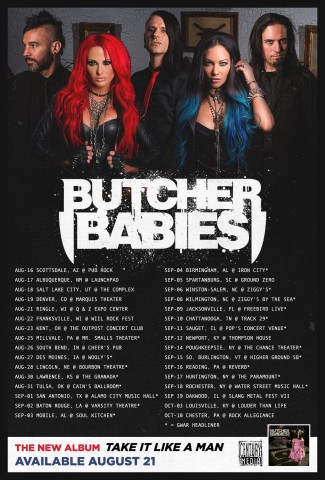 The metal band from California, Butcher Babies, is now streaming the second full-length album "Take It Like a Man". For all the songs of the record were filmed videos with the performing group.

The release of "Take It Like a Man" took place on 21 August via Century Media Records. The album was recorded at the Hollywood Hills studio with producer Logan Mader, who previously worked with Five Finger Death Punch and Gojira.

In June, Butcher Babies unleashed the video for the song "Monsters Ball" and announced the North American tour with Gwar and Battlecross, which will last from August 25 to September 18. All upcoming tour dates can be found below. 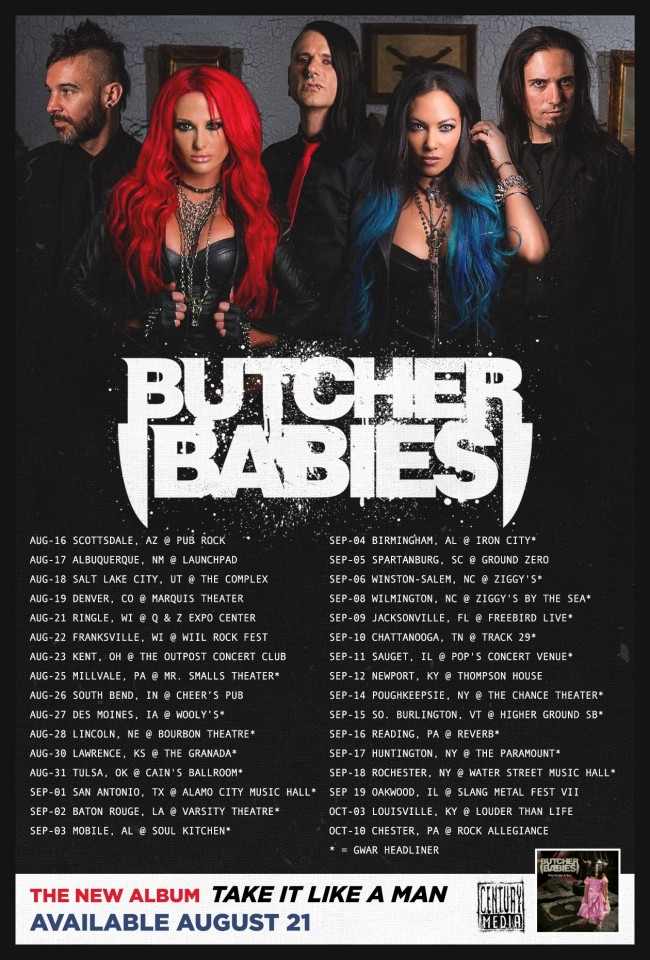 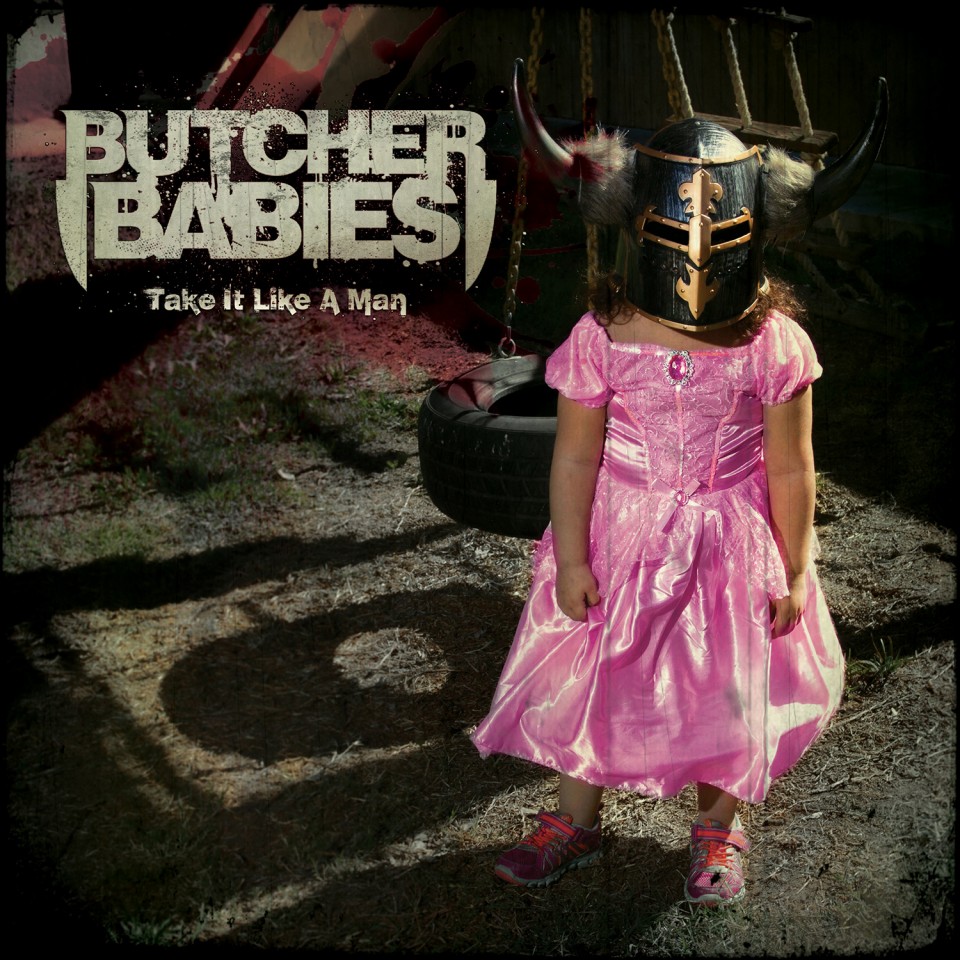