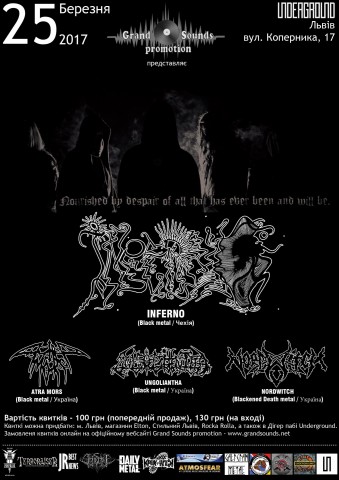 In anticipation of the seventh album "Gnosis Kardias (of Transcension and Involution)" release, the Czech black metal band Inferno is to give a concert in Lviv, Ukraine.

The event, scheduled for March 25, will feature the Ukrainian bands Ungoliantha, NordWitch and Atra Mors as the supporting acts. Below, listen to Inferno's upcoming album trailer.