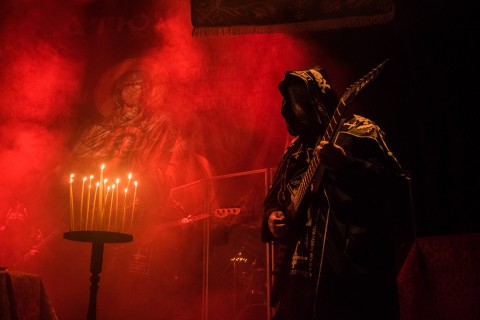 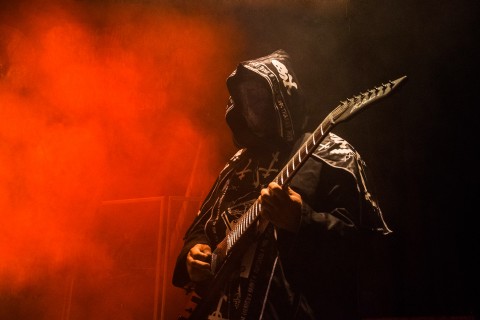 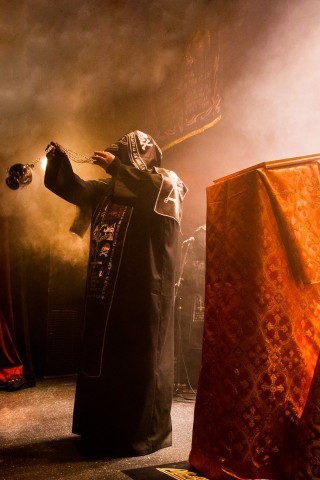 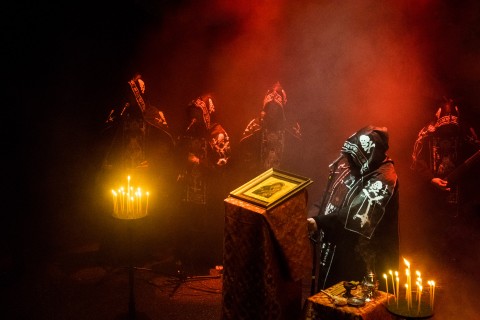 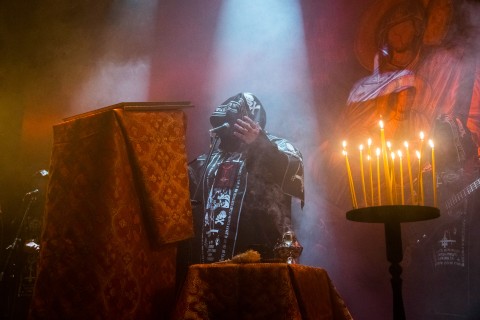 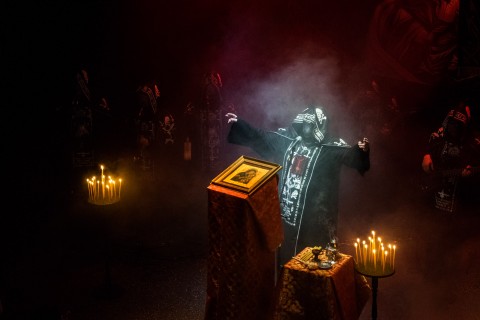 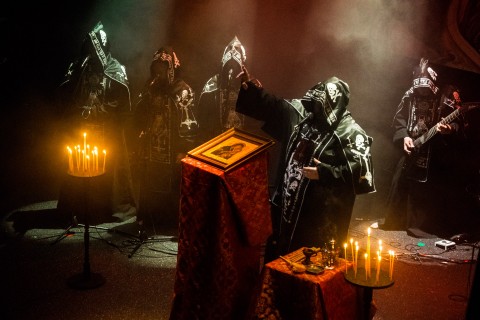 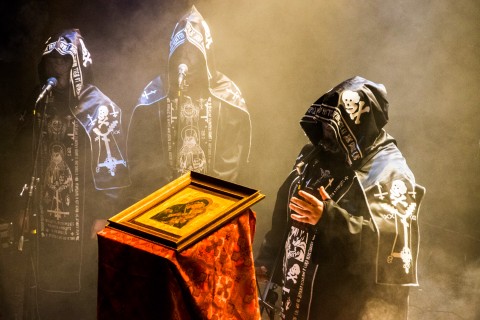 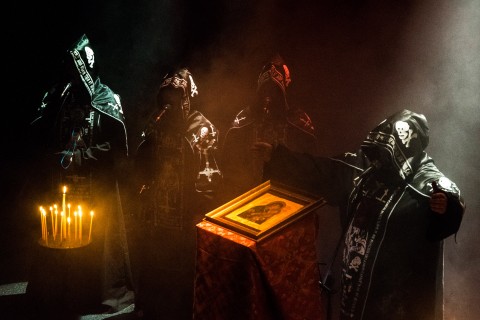 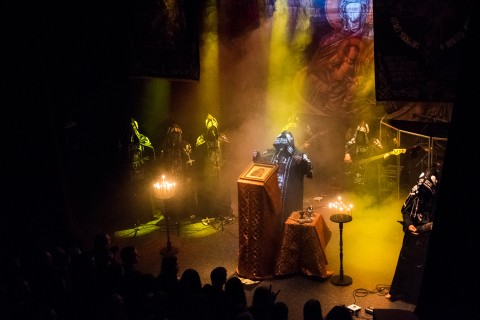 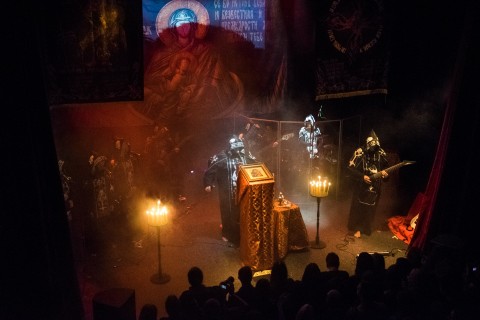 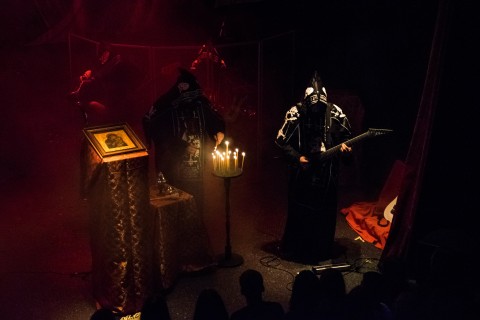 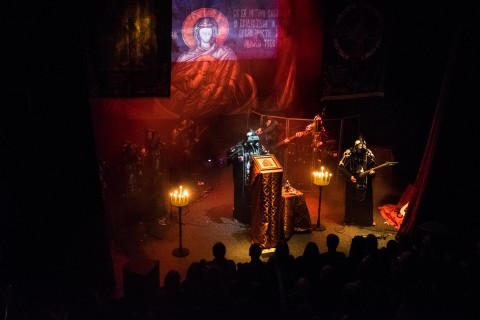 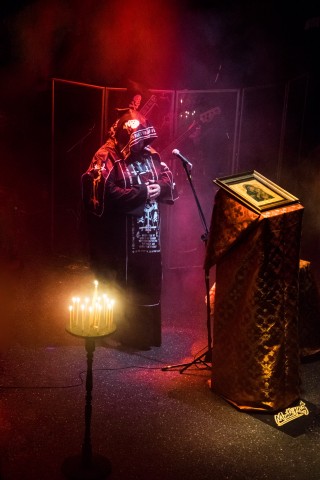 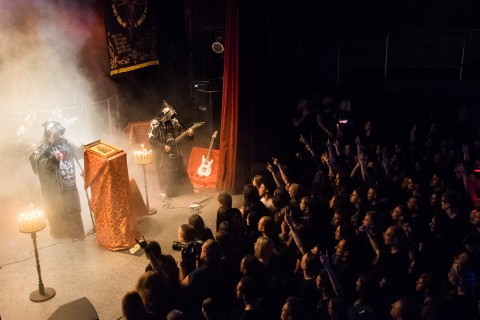 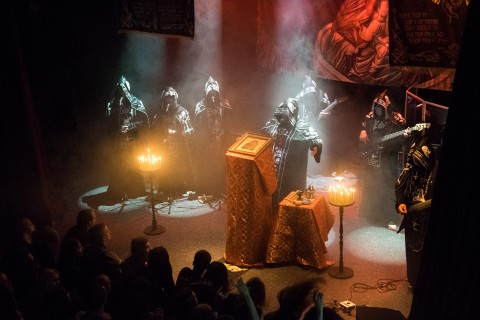 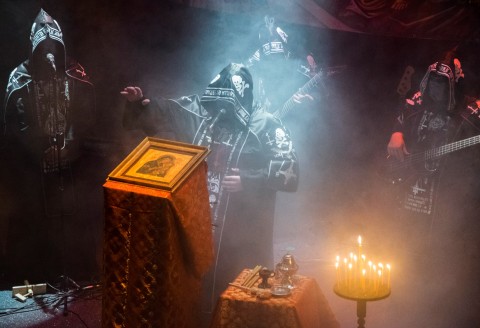 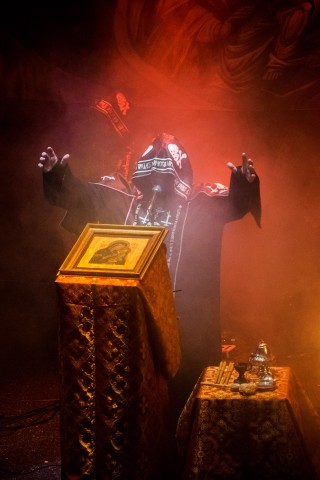 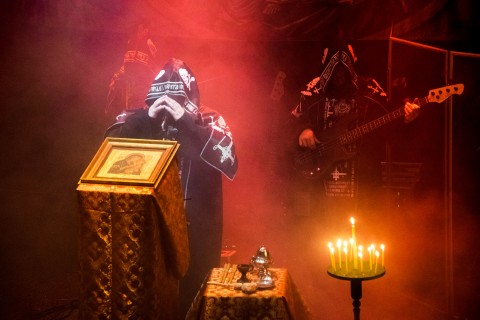 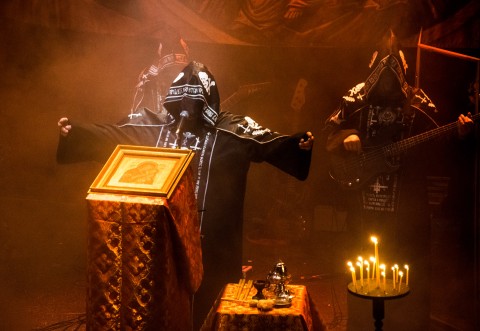 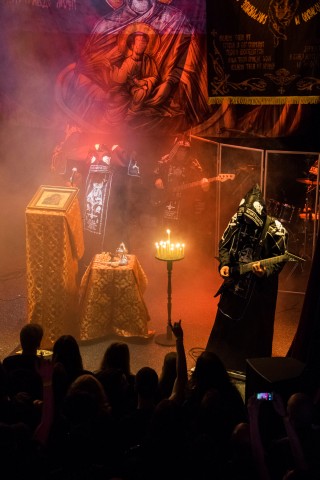 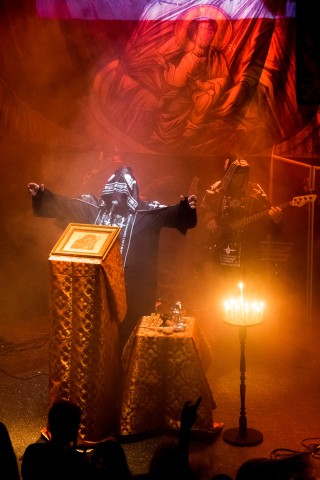 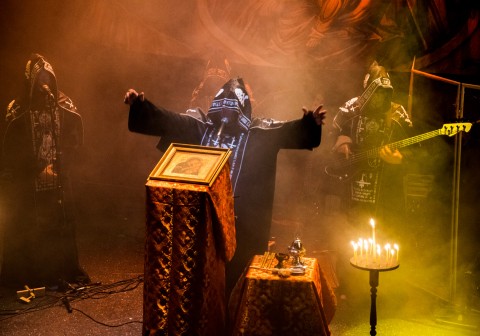 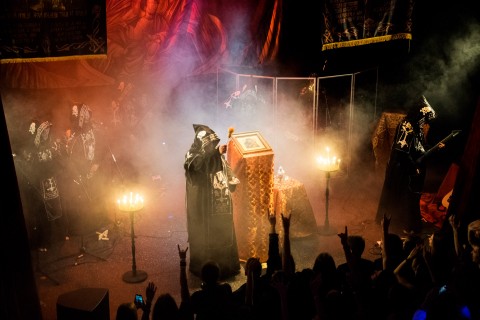 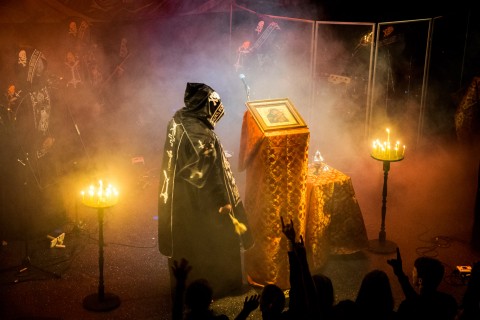 Last Saturday, on May 28, the much-talked-of Polish band Batushka performed in Kyiv. Over the last month, the group played a couple concerts in Europe, participated in several large open airs and now the musicians came to Ukraine where they presented the debut album "Litourgiya". The impressive show with simulating the religious rites was quite short, though it gathered a full house and the audience didn't hide their delight.

Having recorded their debut LP, Batushka literally burst into the lists of the best last year's albums. With the unique style and performance manner, "Litourgiya" overtook dozens of fresh black metal releases. Social networks were riddled with positive reviews and flattering estimates. There was only one question — when the band will run live shows. The first concerts were planned in Russia, however, the musicians’ controversial image based on sarcastic imitation of the Orthodox Church’s rites, has caused mass protests by religious activists and the gigs were canceled. However, the band was warmly welcomed in other countries: Batushka made some loud shows in France, Belgium, Finland, and now it was the turn of Ukraine. 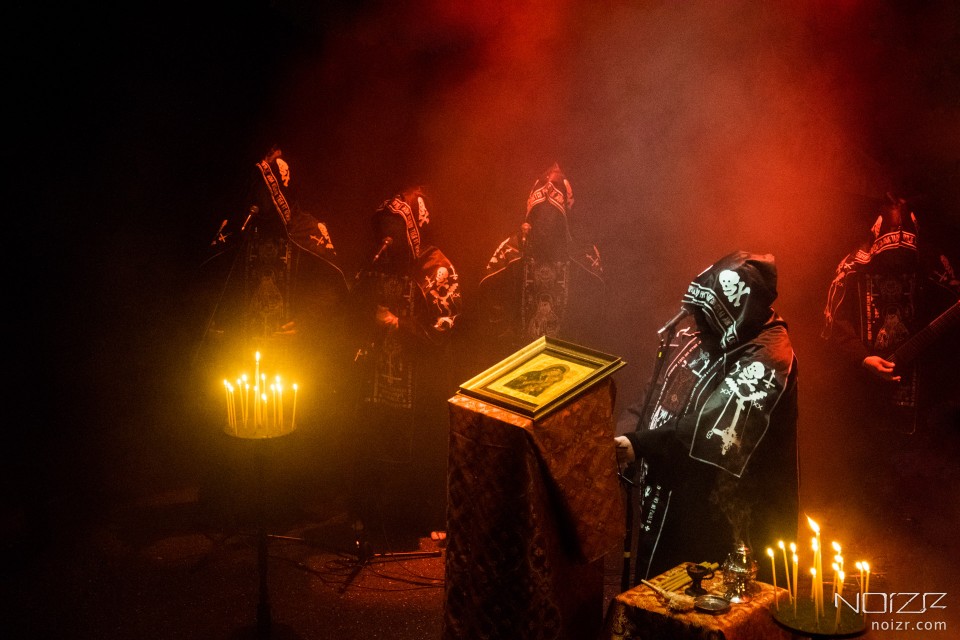 The concert was announced to start at 9 pm. By this time, the fan zone barely housed hundreds of spectators, who were chanting "Batushka" louder and louder. However, the musicians did not make their guests to kick heels, and at the set time the crimson curtain opened a rather spooky scene: the black robes, faceless masks, large canvases with the band’s logos, lighted candles and the icon, which was used as the album cover, in the center of the stage. The show has started with the short intro, which wasn't on "Litourgiya". During the opening composition, the frontman appeared on stage with a smoking censer. Following the image of the chief priest the vocalist walked around, filling the room with the smell of incense. With some lighted candles and "Yekteniya 1" heavy riffs, the metallers started their ominous liturgy. The audience's reaction was a total delight: the listeners shook their heads and expressed their emotions with loud shouts, jumps, and whistles.

The choir, consisting of three vocalists, was located on the left side of the stage, in the far corner, there were the drummer and the guitarists. From song to song the band moved with hardly noticeable pauses, seriously and consistently simulating the process of the spiritual mass. The frontman made some detours around the icon with his censer, crossed some lighted candles, holding them above his head. Finishing these short ceremonies, "the priest" threw in the crowd a variety of small things, like a chain with a pendant and a cloth with the branded logo that he used to carry out his procedures. 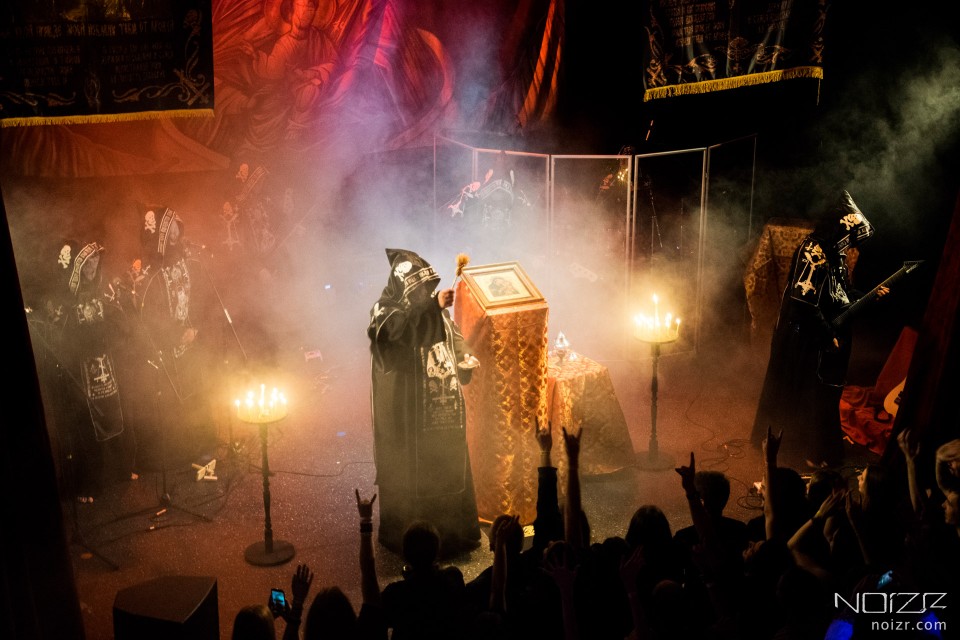 The impressive show lasted less than an hour, as the entire program consisted only of eight tracks from the album. During this time, keeping their incognito, the musicians did not communicate with the audience and constantly remained in the shadows and clouds of thick smoke. People were so passionate about what was happening on the stage, there were some minor attempts to mosh, but the crowd was completely rested on the such a credible show. During the last chords of Yekteniya 8 the frontman sprinkled people in the fan zone with the aspergillum.

The musicians quickly left the stage, while the listeners were not in a hurry to leave. Clapping and chanting the name of the band, the fans were expecting the encore. However, it was obvious that the show is over: the lights and the background music in the concert hall went on. Sharing impressions, the girl that stood nearby, suggested that "It was cool but too short". According to social networks, a lot of people have the similar opinion. 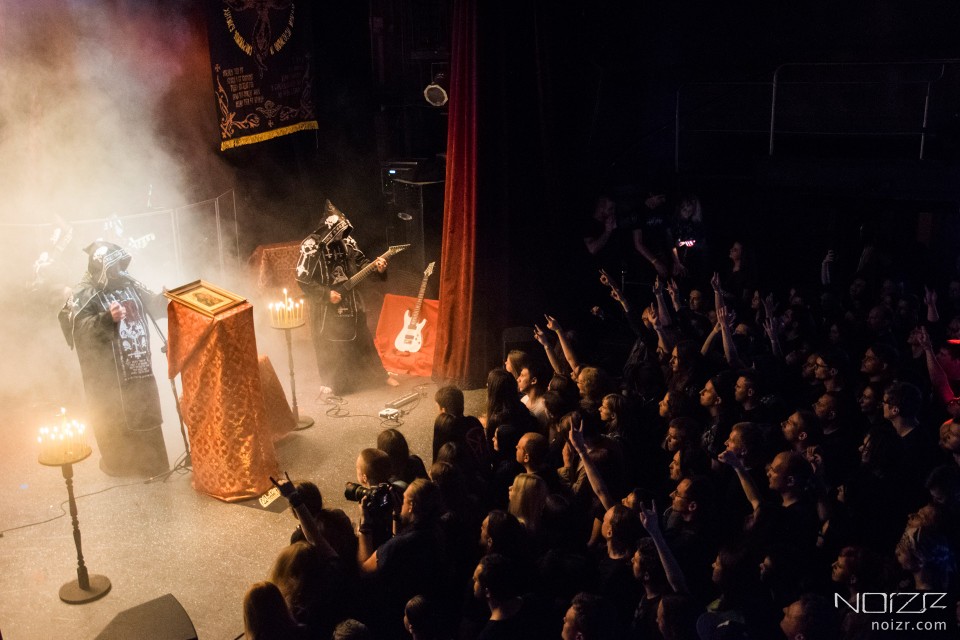 By Yuri Somov
Noizr Zine thanks Konstantin V. Surin for the accreditation