The Swedish "Vikings" will play seven shows in support of their new album "Jomsviking" — the band’s first concept record which tells the tragic story of love and revenge, happened in the world of the Jomsvikings (the legendary sect of Viking mercenaries). 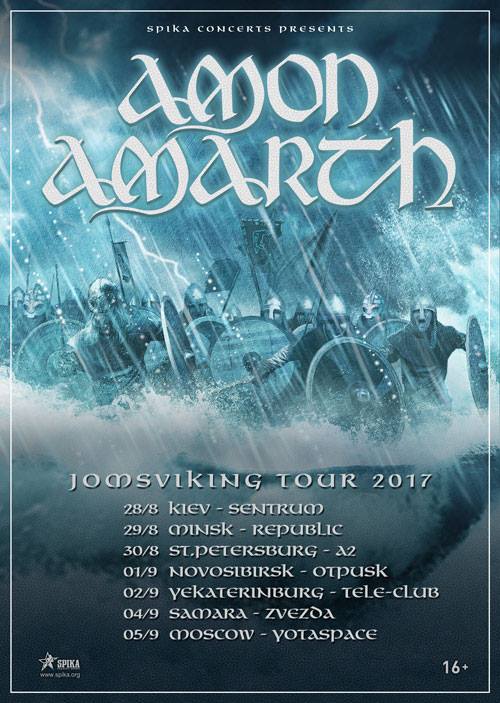 Amon Amarth will perform on August 28 at the Sentrum club in Kyiv, on March 29 — in Minsk, on August 30 — in St. Petersburg, and on September 1, 2, 4 and 5 — in Novosibirsk, Yekaterinburg, Samara, and Moscow, respectively.