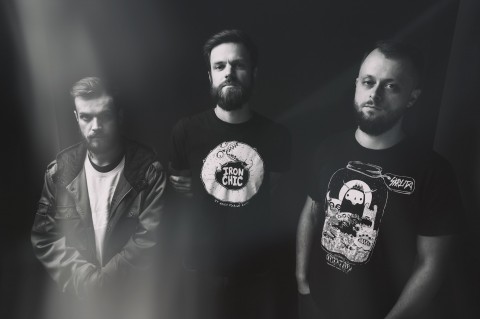 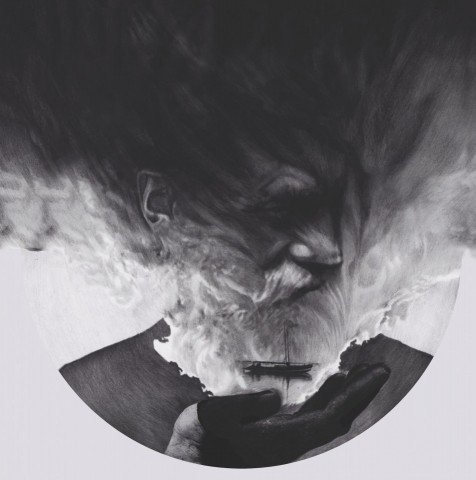 The Lviv-based trio Somali Yacht Club is one of those bands that at one time opened for me a number of experimental genres such as psychedelic, space, post-rock, and stoner rock, provoking in the future great interest in a bunch of foreign and, not less importantly, Ukrainian acts playing these styles of music.

At the time of 2011’s "Sandsongs" EP release, the band did not remind much of what it is today. However, quite soon the "Somalis" managed to make a big step forward: honing their style on the stages of Ukraine and Europe, the guys got accustomed to the skillful mixing of genres, the producing of compositions capable of immersing the listener into a trance and projecting enchanting metamorphoses in his imagination. The creation of these works in 2014 was the successful debut album "The Sun" which, without any criticism, took a place in my personal rating of the best albums of the Ukrainian underground.

It was a promising debut, the continuation of which was only three years later. In January 2018, the band will present the second studio album "The Sea", which has both strong, alas, and rather weak sides, which is why it is inferior to its predecessor. 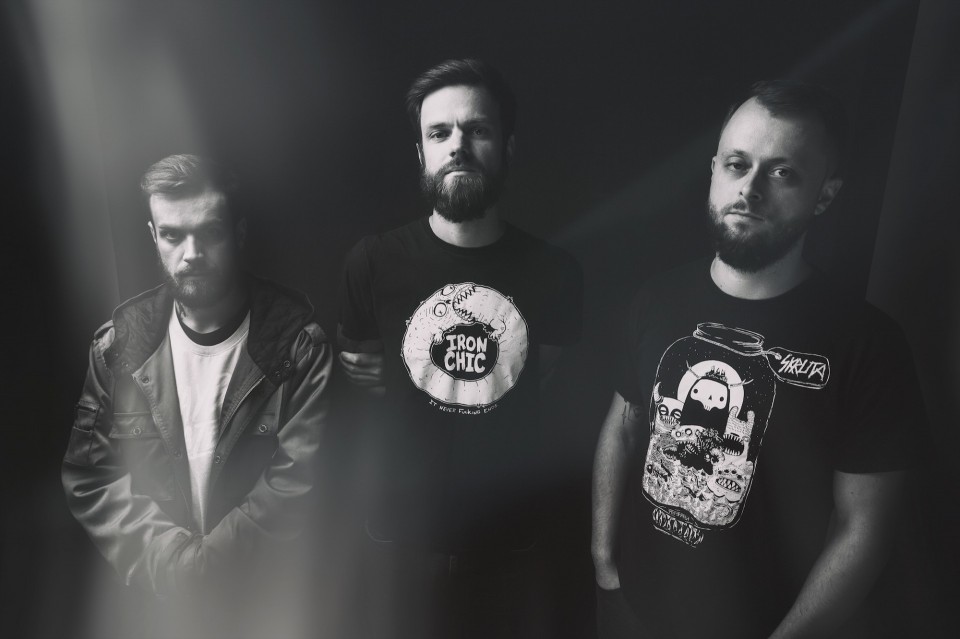 The first impression, created by the visual design of the record, is definitely positive. This time the band has left minimalism, offering the listener a kind of gloomy abstraction, performed in black and white colors. Multifaceted work generously conveys the general mood of the collected tracks and gives the listener an unlimited space for thinking about its interpretation.

Working on the tracklist, the "Somalis" again preferred the timing of individual songs to their total number in the album. That’s why "The Sea" included six tracks with the duration of some of them reaches 12 minutes. And if in the case of the debut, the duration did not affect the quality at all, this time some "immersions" seem to be overtly prolonged.

The first seconds of the album and the single strings of the track "Vero" with the echo effect involuntarily resemble the intro to "Sightwaster" (from "The Sun" LP). Lonely notes gradually grow with drums and bass, and by 1:07 they reveal themselves with a saturated guitar riff that smoothly tunes the listener to a certain wave and leads to an elegant melodic solo and main couplet part.

Already at 40 seconds of the fourth minute, the vocal part comes in very handy. And all would be nothing if Mez's voice, repeating the same lines again and again, did not seem so languid and completely devoid of any emotions. To all this, the verse is very close in its manner to the song "Loom" (the opener of "The Sun"). It seems just about after "You're sinking again", instead of "Loner waterfall", the next line will be "I can feel it in my bones". And this feeling literally pursues throughout the whole verse.

Definitely, "Loom" was also not rich in lyrics, but yet the lines were strong and emotional, in particular, the aforementioned "I can feel it in my bones". Vocal literally acted like the fourth, and an integral instrument. As for the track "Vero", everything is exactly the opposite, just after a minute, the vocal is frankly starting to tire.

Even later, the track turns into a chaotic set of spotty parts and, like waves, throws the listener into a heavy solos, then into a string melody, finally knocking out the pumping rhythm given at the first minute.

Opener ends with a gradual decrease in tempo, and here, as it was with crossfade from "Loom" to "Sightwaster", something vigorous, something capable of bursting into silence and setting a new rhythm arises. Nevertheless, instead of a refreshing breeze, the first track is replaced by a gray and faceless "Religion Of Man".

Absolutely apathetic vocals and a repetitive motif of the composition, devoid of surround sound, makes you languish in anticipation of a breath of air that comes only at the 7 minute. By the 10 minute, the band saves the track by a dense melodic solo and goes on to the next two songs, which, in turn, save the album "The Sea", as they demonstrate the best skills of the Somali Yacht Club.

The expressive "Blood Leaves A Trail" and a bit ethereal instrumental track "Hydrophobia" stand out noticeably by their cohesion, as well as demonstrating of a skillful combination of multi-tempo parts and, most importantly, an absolute harmony of instruments and "revived" vocals.

At the 5 minute of the track "Hydrophobia", the enveloping atmosphere of shoegaze and psychedelia become broken by almost the punk guitar motive, which once again demonstrates how the musicians are good in juggling rhythms and genres in one composition. Tracks give the impression that the band was looking for a kind of golden mean of an interaction of all components and already came to a consensus.

However, the next "84 Days" casts a shadow on a series of fresh impressions, as it seems like some kind of infinite intro, a simple motive of which still does not lead to the development of the track and its culmination. Already at the 4 minute, the increasing rhythm of the percussion creates a false premonition that the composition is about to open with a palette of instruments. Perhaps, even accelerate and weighty its main motive. But the track, alas, only slides back to where it started, depriving it of any excuse to distinguish it from the background of others.

As the closer song of the album, the musicians chose not the most expressive track of the record, the 9-minute and yet quite atmospheric "Crows", which was presented at the 2015’s Winter Mass II event, perfectly suited for the role of the final chord. Closer to the 5 minute, the composition goes into a soft break with a nothing less than filigree tandem of solo guitar and deep bass which leads the album to its ending.

As a summary, it should be said that "The Sea" does not reveal the full potential of Somali Yacht Club, and the best record of the trio is yet to come. The album lacks harmony which could keep the listener from the first to the last composition. There is no complete immersion in the "sea", as it was was the flight to the "sun", and only 3 barely 4 of 6 tracks cause the desire to return to this release again.

The record should be relistened several times, although with repeated listenings it was not possible to get rid of the impression that it was created hastily from a number of studio drafts. At the same time, I would like to highlight the mastering of the album which was done on a truly professional level and gave "The Sea" a really tasty sound.

Considering all the above, the album causes a great interest in live version, which will allow to get a new angle on the work of the "Somalis".