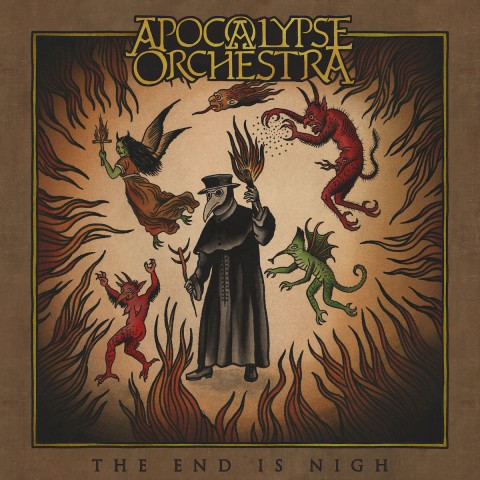 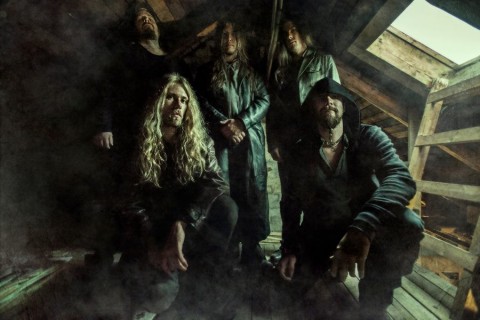 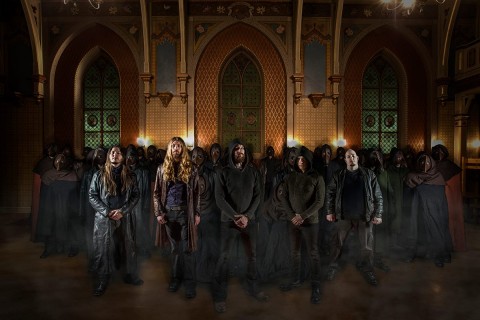 More than 15 years of friendship, common love for heavy guitar riffs and soft sounds of folk instruments led the Swedes Mikael Lindström and Erik Larsson, the founders of the future quintet Apocalypse Orchestra, to create their own project that allowed the musicians to develop their ideas as wide as possible.

What if we try to brighten up the mid-tempo folk metal with the elements of gloomy doom parties with some Middle Ages themes, they thought. Upon that, to do it in such a way that the listener could literally face the obscurity of damp gateways and dark street corners, where rats are teeming and the plague is wandering, while the deathly groan dissolves in dense fog. Let it be the theater of apocalypse. Scenes of hell and suffering, survival in the realities of the 11th-12th centuries.

Thus, with its debut album "The End Is Nigh", the already formed band built an impressively persistent bridge, which is connected by two fundamentally different time intervals — nowadays, where thousands of folk metal albums compete, and the Middle Ages, where mandolas and hurdy-gurdy sounded so daintily.

This palette of instruments, based on smart guitar parts in the manner of Swallow The Sun, the Swedes brightened up with the appropriate tools of XV-XVI centuries — melodic bagpipes, cittern and screaming notes of rauschpfeife — the ancient prototype of the modern flute.

The epic form of the songs a la action movie soundtracks are given by an ideological and thematic choir, as well as the sonorous voice of a certain authoritative narrator in the manner of My Dying Bride.

Quite heavy and captivating album collected 8 tracks, the duration of which varies on the average from 6 to 8 minutes. At the same time, due to the musicians’ tangible unity and the artfully written lyrics, each song becomes a separate chapter of an old book about that dashing episode in the history of mankind.

"The End Is Nigh" tracklist:

As for the best tracks, it’s gonna be the album’s business card "The Garden of Earthly Delights", full of choir and folk melodies charm "Flagellants' Song" and, finally, the most epic "Theater of War".

What is interesting to note, from time to time Apocalypse Orchestra really turn their concerts into some kind of a colorful theatrical performances. To add visualizations to their songs, the musicians invite actors, dance masters and even pyrotechnics. Moreover the band already performed with the Gävle Symphony Orchestra and the whole chamber choir, what should turn "The End Is Nigh" into an unforgettable performance.