The Gojira’s sixth LP has become one of the most anticipated albums of 2016. Throughout its existing, the band has joined the rank of the few French musicians, who managed to gain popularity and support of English-speaking audience, as well as attention of some respectable world media and critics. They even had no reasons to excel in attracting people to their upcoming release, it happened on its own accord and there are several reasons for that.

First of all, Gojira is one of the oddest metal bands, it was always difficult to mark them with some label. Each release of these brutal guys turned out to be unique in its genre and sounding, it was always stuffed with some interesting ideas expressed in covers, lyrics, guitar and drum parts or sound effects. Secondly, it's been four years since the last album was released. "L'Enfant Sauvage" (2012) had shorter timing, was much refreshed, had powerful riffs and was subsequently named by many fans the best CD in the band’s discography. Sure, high hopes were laid on "Magma". Especially after the band revealed details of their forthcoming work and shared their impressions, emphasizing that they found it truly the best of all Gojira's records. And thirdly, it's the relevance of all the metalheads’ lyrics, which were always very positively accepted by fans and noted by critics. The gloomy songs reveal a lot of global environmental problems, the death of nature, and as a result, humanity itself. The band’s works are entire collections of truly profound lyrics, which would be a perfect fit on the pages of the IUCN Red List.

Discussing the new Gojira’s album, which came out on June 17 via Roadrunner Records, we suggest you to run through the most interesting moments in the band's discography.

The Godzilla quartet was founded in 1996 in the South West France. Till nowadays it consists of two brothers Duplantier, Joe (vocals, guitar) and Mario (drums), Christian Andreu (guitar) and Jean-Michel Labadie (bass guitar). With this staff, the band recorded six studio albums, issued several EPs and a few live CDs and DVDs. At the time of the experimental debut album "Terra Incognita" (2001) release, the band managed to play on the same stage with such famous acts as Immortal and Cannibal Corpse and because of some licensing issues had been forced to change its name to Gojira. That is the original name in romaji.

Today the Gojira’s style is often described as the mix of many elements, borrowed from the Swedish metallers Meshuggah or the Americans Mastodon and Neurosis. However, no matter how many opinions about the genre there are, you may find some progressive metal traits, technical death metal features and groove metal, but it worth to be called the Gojira’s branded style. Perhaps, not everyone will agree, but the brutal "Terra Incognita" with light notes of madness will be a wonderful example of the musicians’ masterful approach to create the unique sound. 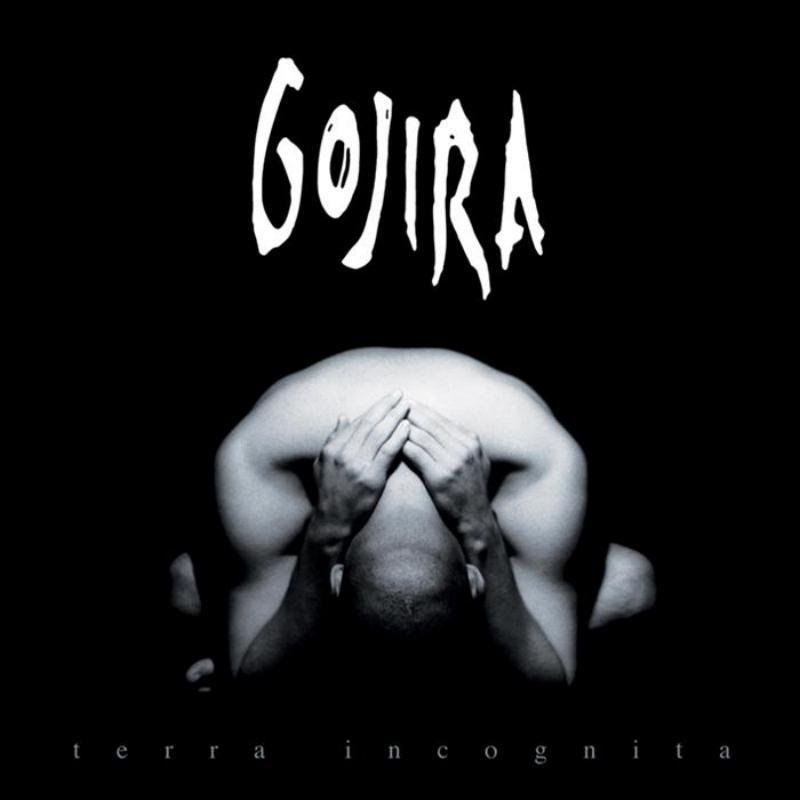 You may hear Gojira using so-called techniques as the guitar "chug" and "breakdown". The ragged rhythms of heavy chords, alternating with smooth melodies and accompanied by powerful blast beat and double bass drumming by Mario Duplantier. The powerful sound and the impressive simplicity of performance dominate on "Terra Incognita", no intricate turns and twists. But at the same time, some critics often argue about timing, primitive riffs and general monotony of the album. Still, the debut LP includes at least several greatest songs recorded by French metallers.

The success of the second and the third albums "The Link" (2003) and "From Mars To Sirius" (2005) brought Gojira to the new level. The musicians opened Amon Amarth's show, shared stage with Children Of Bodom, Lamb Of God, Trivium, Machine Head and Behemoth in America and Europe. At once the discography was replenished with another one iconic CD, it was the conceptual "From Mars To Sirius", that brought some truly memorable masterpieces, like "Backbone", "Where Dragons Dwell" and "Flying Whales".

The notes of madness were replaced by some atmospheric sound effects, that take the listeners to the limitless space or the underwater world. Heavy guitars have become faster and more aggressive. "From Mars To Sirius" stood out by total richness and diversity of the tracklist, thus the 67-minute album did not seem to be boring or monotonous.

In 2007, Joe Duplantier became a member of Cavalera Conspiracy, the project, founded by the brothers Max and Igor Cavalera. Together they recorded the debut album "Inflicted" (2008), in which Gojira's singer acted as a bass player. However, the partnership didn’t last long and in 2010 Duplantier returned to his own band's materials.

The fourth studio album "The Way Of All Flesh", which was also praised by critics, has followed a year later. Gojira have worked enough on melody, added more gloom and aggression. The CD's highlight was the track "Adoration For None" featuring Lamb Of God's vocalist Randy Blythe.

In fall 2009, Gojira joined Metallica and Lamb Of God during the North America tour and several European festivals. Apparently, it was an important achievement for the band's members. "I’m a big Metallica fan", Joe Duplantier shared his impressions, noticing earlier that the musicians "make us feel important". 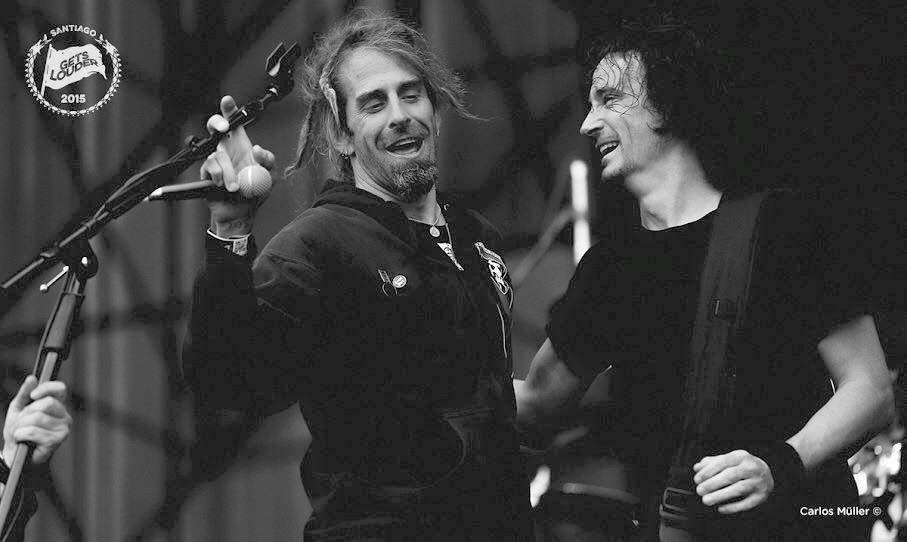 While working on the fifth album "L'Enfant Sauvage", Gojira signed a record deal with Roadrunner Records, which released the CD in June 2012. If previously musicians have been criticized because of timing, that often exceeded 60 minutes, with the new album the metallers began to move away from long tracks and made it about 53 minutes. The LP scored deep lyrics and significantly exacerbate emotions. Gojira made the record rather gloomy and dark. Along with this, "L'Enfant Sauvage" seemed to be the most efficient band's work.

Today there are a lot of talks around Gojira. The band trusted oneself forward the world media and organizers of some large-scale festivals. Their performances are always accompanied by warm greeting around the world and the real chaos in fan zones. The news about the long-awaited release of the sixth album, that was scheduled for the spring 2016, began to appear few months earlier. From time to time Gojira teased their fans with some photos and short videos from the studio.

Later we've heard about the tragedy in the Duplantier's family. The brothers’ mother got to the hospital and died after a few days. The musicians were forced to cancel several upcoming shows and to interrupt their work on the album. But according to Joe and Mario, this event played a significant role not only in their personal life, but also affected Gojira's record.

"I felt physically, mentally exhausted," Joseph told RollingStone.com. "At the same time, though, the way it happened was beautiful. We were all around her. We had to cancel a few shows when she died, but it was very enriching at the same time. We learned a lot about death."

"When you read Joe's lyrics, for me, I cry right away. They're very deep and to the point. No bullshit. We recycle our sadness and depression in the music", Mario added.

"Magma" tracklist includes ten songs with the duration from 3 to 7 minutes, which allowed musicians to reduce more the overall timing. The series of songs start with the midtempo track "The Shooting Star", obviously devoted to Duplantier's mother. The Joe’s vocals and his lyrics express strong emotions that have significant implication on the record in general.

"Magma" becomes a combination of all the best Gojira’s features. The musicians skillfully combine brutality, rate jumps of "Terra Incognita" and melody, harmony of "L'Enfant Sauvage", moving away from its excessive epic sounding. The foreground of sound is made of peculiar band’s riffs and coherence of crushing guitars and powerful drums parties. During the interview for Roadrunner Records, the drummer Mario Duplantier explained reason of this tangible difference in sounding by desire to change the album's dynamics:

"We wanted to change the dynamic of the album, the tempo, and I wanted also to keep the core of our music, keep the essential. And I wanted a good riff, a good chorus maybe, a good bridge, a good ending, but not go too crazy on atmosphere, because we did in the past, on our previous albums."

Despite the clear imprint of tragic events in Duplantier’s family, "Magma" did not become solid revelation and the musicians' despondency, as their fans were afraid it could be. The album is not lacking in drive and catching energy. Juicy rhythms of such compositions as "Stranded", "The Cell" and "Pray" combine grandiose percussion rhythms and distinctive guitar techniques of early Gojira. Joe’s vocals vary from clean to extreme singing, from time to time hypercharging the sinister atmosphere.

Is the musicians' passion to improve sounding tangible? Definitely, it is. And this desire plays first fiddle on "Magma". Working on their own style all these years, the quartet was not above the experiments, and here is the result of their dense studio work. Today Gojira’s tour schedule is very intense. The shows in Europe and America are packed till the end of October. This month, the French metallers visited several major festivals including Hellfest and Graspop Metal Meeting. 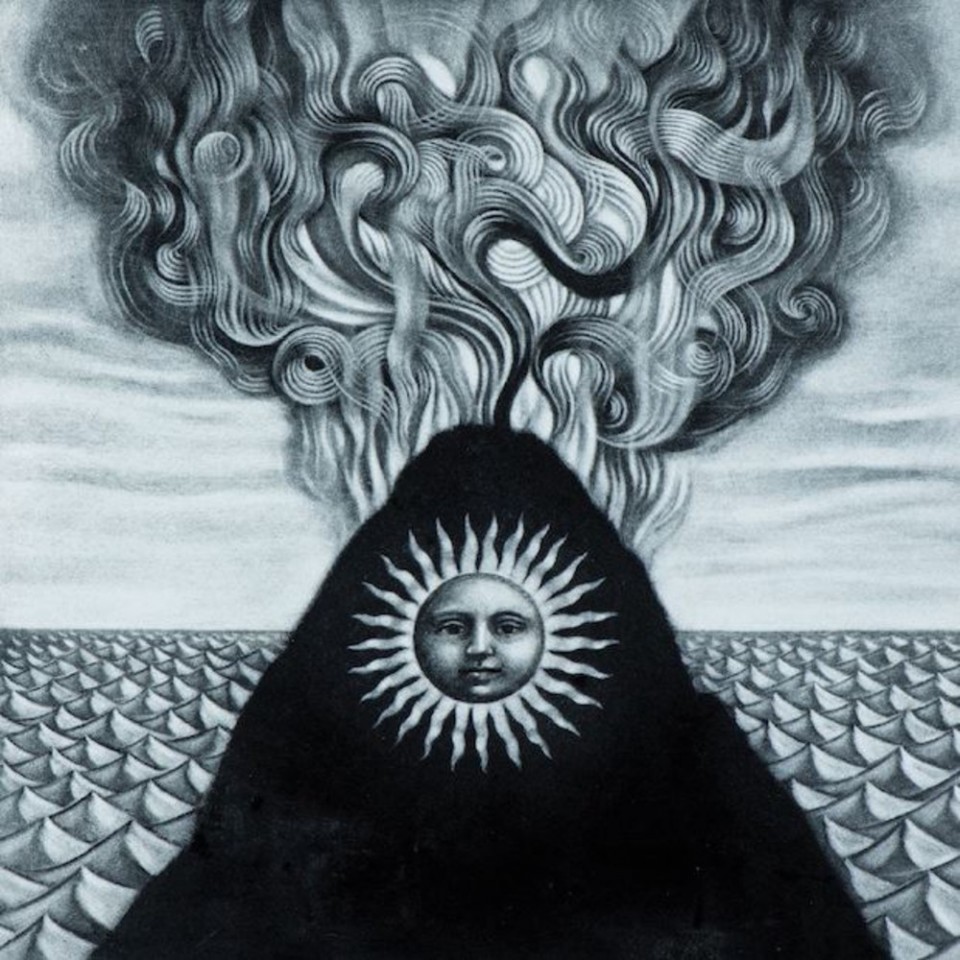