Theatre of light and shadows under the direction of Mick Moss, a brilliant director whose actors are genuine emotions. The British project Antimatter, having passed a difficult way in its development, remains one of the most interesting and profound in genres of dark ambient, gothic rock, neofolk and others. Each album takes on unique features, a new sound and thematic implications. Today, Antimatter is preparing to release the sixth studio album "The Judas Table", which songs are to be performed soon in the capital of Ukraine. Noizr Zine has spoken to the project’s leader Mick Moss, learning about the new album, the upcoming tour and, of course, about the performance in Kyiv.

First of all, what can you say about the work done? How successful do you think the album turned out?

Mick Moss: "The Judas Table" actually turned out better than the album I set out to make, so in that respect it was a success. Though for the last 8 months all I heard was these songs, so for the time being I’m staying away from listening to it. I’ll revisit the album next year I think to give it my full appraisal.

The concept of the latest album "Fear Of The Unique Identity" (2012) raises a problem of "herd instinct", the fear to express yourself, to be a one-of-a-kind person in the society. Tell us about the theme of the new album "The Judas Table".

Mick Moss: The way I see it, for the better part of 25 years I’ve been involved with sick people, selfish people, thieves, users, manipulators, narcissists, bullies, sociopaths. I hid myself away from society for years because I became accustomed to being targeted by people who mistook my empathy for weakness, my humility for naivety. And I guess to some extent I was naïve, because I consistently saw the good in people rather than the sometimes obvious patterns of narcissistic behaviour. Everything came to a head about three years ago when I was targeted by a young girl desperate to use Antimatter to her own benefit. After that experience I almost completely lost myself, vowing never to trust another human being ever again. Thankfully I came out of that way of thinking after about a year and learned to trust again. I’m a hell of a lot wiser nowadays, and this album asserts some of the observations I have made as well as the empowering conclusions I have come to. And I must point out that I’m writing about less than 10 people out of the hundreds I have made connections with during my lifetime. It’s such a pity that this minority has managed to bend my sanity like this, and almost caused me to completely withdraw, which is actually what the artwork is about. 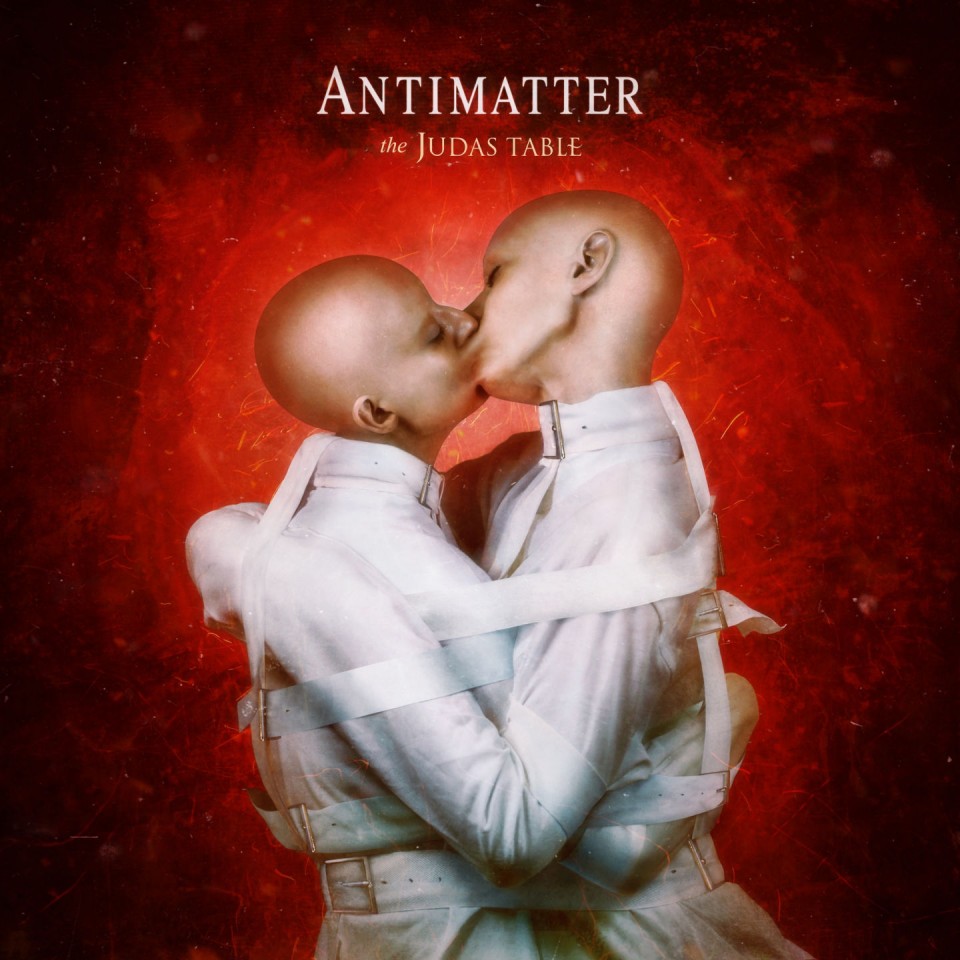 Starting with the album "Leaving Eden" (2007) in Antimatter’s music we can see that electronics is replaced by "live instruments", particularly with acoustic and electric guitars. Pretty rock is the single "Black Eyed Man". So what was the reason to change the genre?

Mick Moss: I started my musical experimentation with electronic-based work, yeah, back in September 1995 when I established my solo project. As my skill set improved both as a vocalist and guitarist I simply included them more in what I was doing, thus the earliest Antimatter work I did ("Over Your Shoulder", "The Last Laugh") were guitar/vocal based songs with a heavy synth vibe. Nothing has really changed since then. Duncan was very into the trip-hop thing back when trip-hop was popular, Portishead, Massive Attack but he himself also didn’t do anything in that vein since "Lights Out" in 2003, either with Antimatter or any of his later projects. I’ve also not considered going back to that particular sound in the 12 years since that album was released.

Now Antimatter is ranked to the different genres, the newest of which is a "melancholic rock". Can you comment on that option? How do you can classify today's project genre?

Mick Moss: Antimatter is a grand mixture of many genres, all wrapped up in a dark, moody skin. Sure, some songs are melancholic, but some songs are progressive, some are cold synthwave, some are acoustic neofolk. The one thing that upset me was the labeling of ‘the saddest band in the world’ over ten years ago, as there are so many other emotions to be found in the music.

Tell us about the album recording process. What conditions do you find most comfortable to work on a new material?

Mick Moss: I recorded the album in my home studio (apart from the drums which were recorded at Liverpool prestigious Parr Street Studios). I decided early on that, after the "Too Late" single which was partially recorded at home, I would do everything here where I would have the time needed to get everything just right rather than looking at the clock in a studio and having to pack up and leave at a specific time. It turned out great, actually, and has given me the courage to go on to do more here.

In Antimatter’s music there are hidden a lot of emotions and a wide range of feelings, deeper meanings in the lyrics. How have the songs of the project been written? What usually comes first, the motive or the proper words?

Mick Moss: Songs come together between many solo sessions with my acoustic guitar and voice, its impossible to quantify the time it takes from inception to completion. For example a song may come together in one sitting, and then I leave it alone and finish the work on it years later. Other songs come together slowly over many sittings, or any possible combination of times. There’s no real rule, except that I tend to know what I want to write about, and this flows out in a kind of stream-of-consciousness jam with myself. I then adapt the acoustically written songs to the full-band scenario based upon the drumbeats and dynamics that I hear in my head whilst writing. I make a demo at my home studio and then record the album based on the demos. It’s a well-oiled way of working for me now, things just flow. 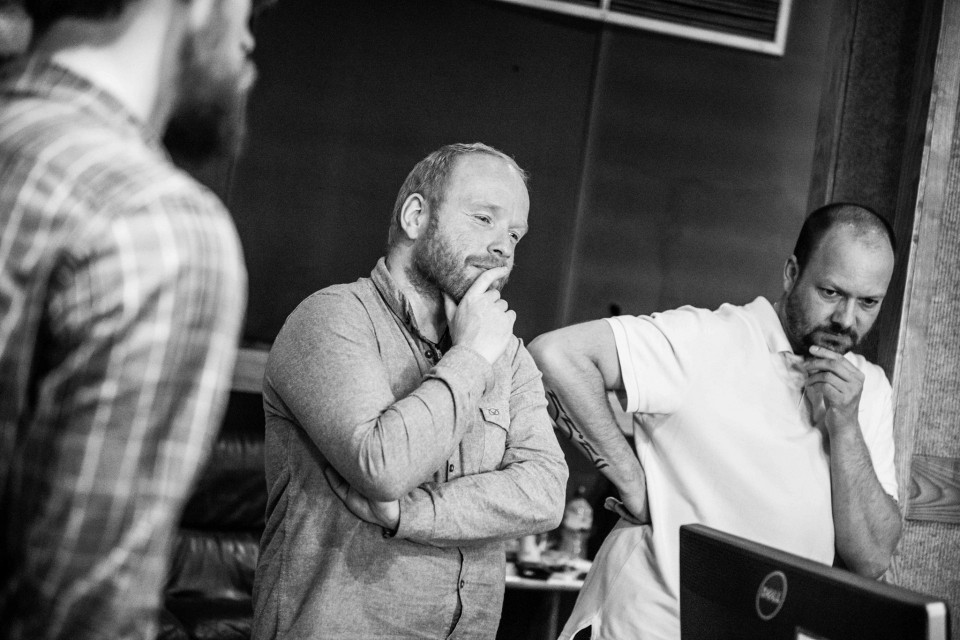 Tell us about the team work, who worked with you on the new album?

Mick Moss: Sure, again I wrote all of the songs myself and invited session musicians along to play their respective instruments and bring some of their own characteristics to those tasks. The main core of session musicians was Ste Hughes, bass, Liam Edwards, drums; Jenny O’Connor is the fifth official Antimatter female studio vocalist after Michelle, Hayley, Amelie and Vic, and Rachel Brewster returns on violin. All of these people have worked with me in the past on Antimatter releases. I also grafted in Kevin Dunn, Glen Bridge & David Hall to play lead guitars as well as having a cameo by Italian vocalist Kirayel.

It is known that after first success of Antimatter’s debut album, the band has financed its first European tour. Tell us about it.

Mick Moss: It was Duncan who financed the first tour, which was also my first tour. It was a short stint, 4 gigs and then back home, and also an ordeal for myself as I was suffering terribly at the time with anxiety. Danny Cavanagh came along and we pulled it together here and there though my overall impression was that of some very morose gigs that could have been a lot more if there was a percussionist involved and we laid off the fucking booze. In the early days I used to have a bottle of tequila on stage with me which rendered me mostly incapable of doing my job, though I did manage to pull off a decent performance here and there. I perform sober now, and have done for a good few years.

What are the band’s expectations from the upcoming tour today?

Mick Moss: Simply to get out, get on our game and immerse ourselves in the performances. These are always special times for us. The upcoming tour I hope to integrate a good portion of the new album into the set, and playing something new for the first time is always a trip into the unknown, for us and also for the audiences. I’ll also continue to add a Sleeping Pulse track into every new tour, this time were aiming to play the "Gagging Order" track. The 'Judas Tour' songs this year will feature many changes from our previous shows.

All concerts will be held in October in Poland, Germany and Switzerland. This is mainly Western and Eastern Europe. Do you plan to expand the list of countries for visiting with the new album?

Mick Moss: Every Antimatter tour has two legs, so in April 2016 we will get back out again and touch the countries that we didn’t get to this time. Hopefully France and Italy will feature. Hopefully!

What can the Ukrainian fans expect from Antimatter’s performance at the Doom Over Kiev?

Mick Moss: It’s our first live appearance in Ukraine, so we will try and play as many songs within the time we’ve been given, as I’m sure some of the audience will have been waiting to hear this material live for a very long time!

In recent years, Antimatter has performed a several times with guest musicians and vocalists. Will someone else come with you to give the show in Kyiv?

Mick Moss: The live band that I have formed is made up of current and past Antimatter session musicians. Collectively these people have played on every release since 2005’s "Planetary Confinement", and between us we are able to perform full renditions of any track from the discography. With that in mind, I have almost completely abandoned the idea of 'live guest musicians' and I’m sticking with the same touring lineup for the foreseeable future.

The British Pantheist, the Swedish band When Nothing Remains and the Russian-Ukrainian project Kauan are among the participants of the Doom Over Kiev too. What can you say about the groups, which share the stage with Antimatter?

Mick Moss: Somebody pointed out recently that we actually played with Pantheist before, in 2002’s Dutch Doom Day. I recall that afternoon I had gotten so wasted on tequila slammers that the organizers of the event had to take me outside, one holding each of my arms, and walk me around in the air to try and sober me up so that I could get on stage and sing. :/