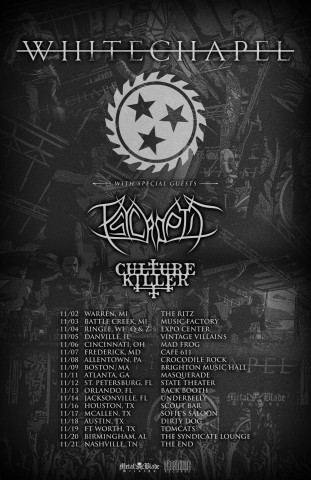 The American deathcore band Whitechapel unveiled the video "The Saw Is the Law" from its debut concert DVD/CD "The Brotherhood of the Blade".

The DVD contains a documentary portion, a full live show from the group’s hometown in Knoxville, TN, as well as a CD of the audio from that show. The release of "The Brotherhood of the Blade" is to be held on October 30 via Metal Blade Records. The North American tour is also in Whitechapel's nearest future. 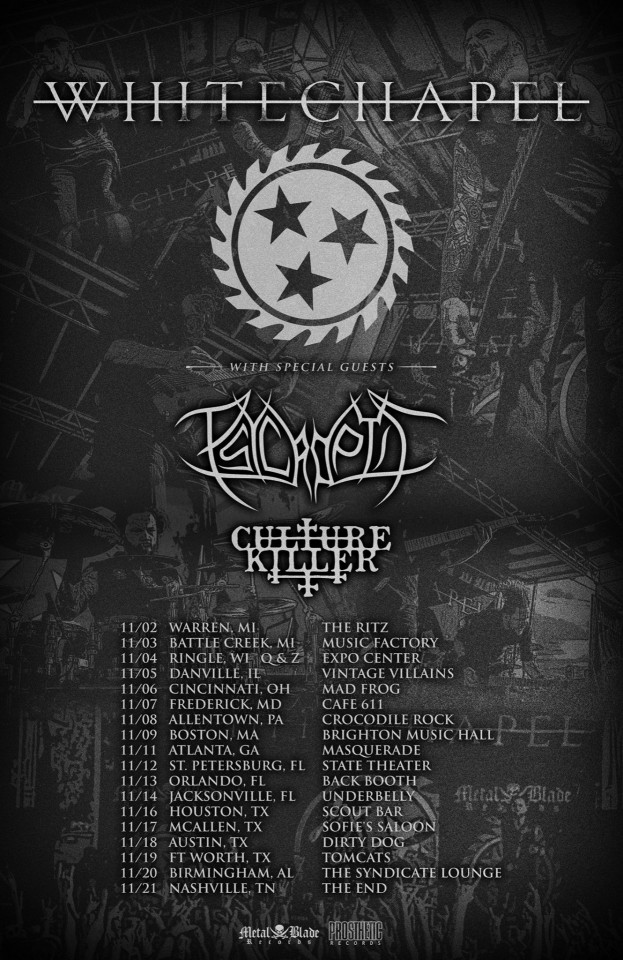