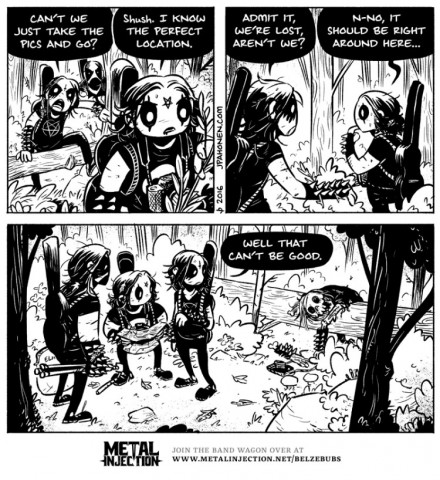 In February 2019, the virtual melodic death metal band Belzebubs, created by the Finnish artist JP Ahonen, will release its debut album via Century Media Records. Above, you can check out their first video for the single "Blackened Call".

Initially, Belzebubs was introduced in 2016 as a comic strip on the site of the American online zine Metal Injection. At the moment, it’s known that the upcoming album of the project was mixed and mastered by the Swedish producer Dan Swanö, who's also responsible for the sound of Dark Funeral’s "The Secrets Of The Black Arts", Dissection’s "The Somberlain" and many more. According to the description, Belzebubs lineup features Hubbath (vocals, bass), Obesyx (guitars), Sløth (guitars, vocals), and Samaël (drums).

"Blackened Call" came out on 7-inch vinyl along with the instrumental composition "Maleficarum — The Veil of the Moon Queen Part 1." — the 2-track single is already available for order, along with the comic book "Belzebubs" and other merchandise.

Below is one of the Belzebubs' comics 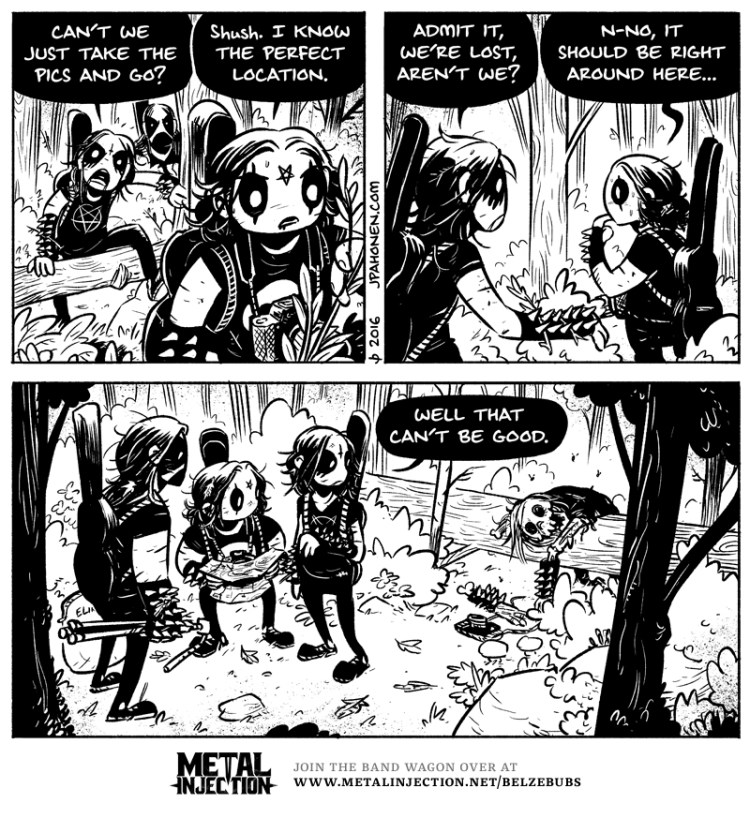