The organizers presented the trailer of the twentieth metal music Brutal Assault festival. This year's event will be held from 5 to 8 August in the Fortress Josefov in Jaroměř, Czech Republic.

About a hundred bands, such as At the Gates, Cannibal Corpse, Kreator, Sepultura, Mayhem, Arcturus, Marduk, Vader, Triptykon and others, will perform on the three stages of the festival, which will last four days. 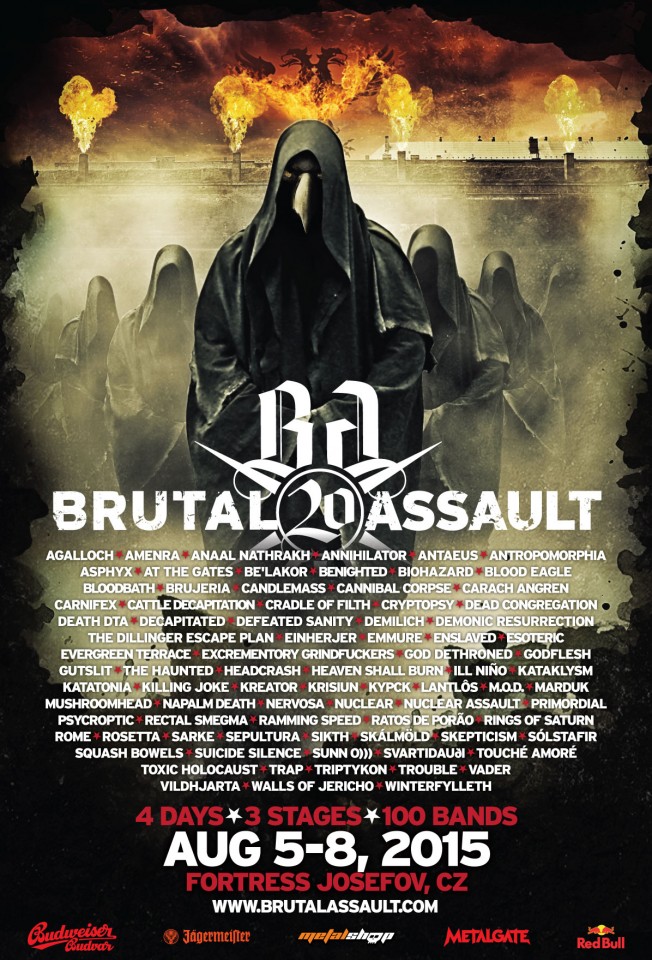