Tägtgren states: "Black Knight Satellite" is based around a story that circulates on the net, both interesting and confusing. The song is an up-tempo song, with orchestra parts and chugging guitars – it will be great live. A typical PAIN song. Didn't wanna start off with a surprise this time :)"

Pain’s eighth record "Coming Home" is to be released on September 9 via Nuclear Blast Records. The orchestral parts for the upcoming LP are reported to have been recorded by Clemens 'Ardek' Wijers (the keyboardist of the Dutch band Carach Angren), who previously collaborated with Tägtgren during the recording of his project Lindemann’s debut album. About musicians’ joint work on "Skills In Pills" read in Noizr Zine’s interview with Carach Angren.

In support of "Coming Home", Pain are going on tour with the band The Vision Bleak. 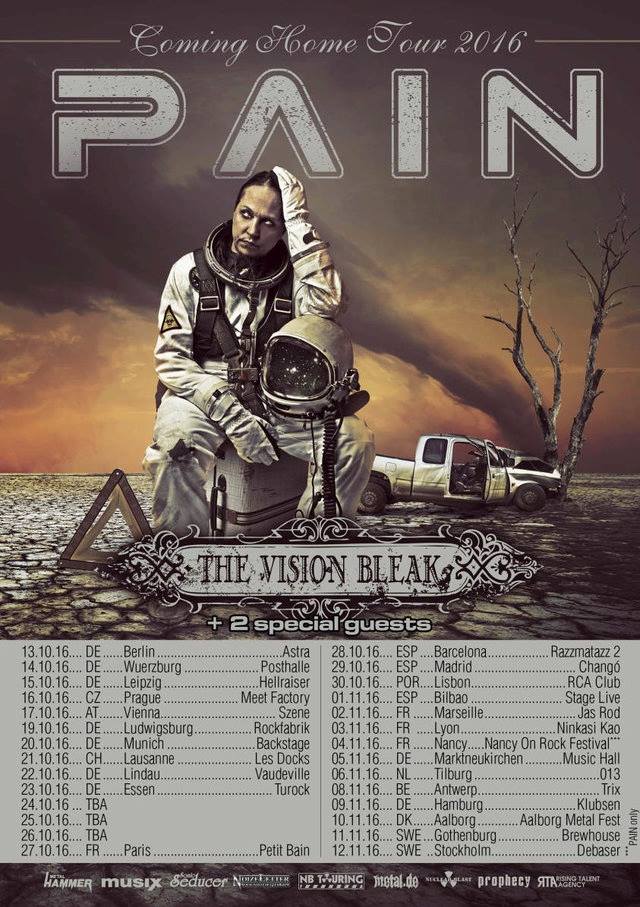