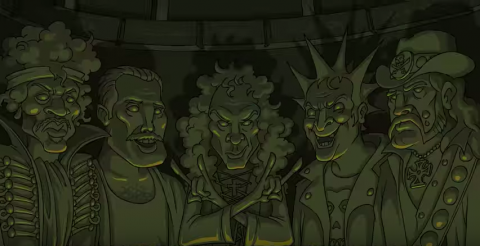 ArhyBES channel released a new episode of Batmetal, the series of animated videos, the main character of which is Batman who together with other superheroes performs songs of the virtual death metal band Dethklok. The new video, entitled "Batmetal Forever", features Dethklok's track "Awaken" as a main song, as well as "My Name Is Murder" by Brendon Small, the mastermind behind Dethklok and animated TV-series "Metalocalypse".

"Batmetal Forever" shows the attempts of Batman and his henchmen to awaken the Joker. The clip, in the best traditions of ArhyBES, is full of animated violence, candid scenes and references to pop culture — in addition to numerous comic book characters, "Batmetal Forever" also features scenes from well-known TV shows ("Ninja Turtles", "Metalocalypse", "Gravity Falls", "Rick and Morty", "Game of Thrones"), Disney cartoons ("Tangled", "The Little Mermaid"), movies ("Fast and Furious", "The Mummy") and so on.

One of the most curious references of the video is a scene (at 1:54) with the statues of dead rock musicians, among which are Jimi Hendrix, Freddie Mercury, Ronnie James Dio, Lemmy, and Mikhail Gorsheniov, the leader of the Russian horror punk band The Korol' i Shut [means The King and the Jester in Russian — Noizr], who died in 2013. 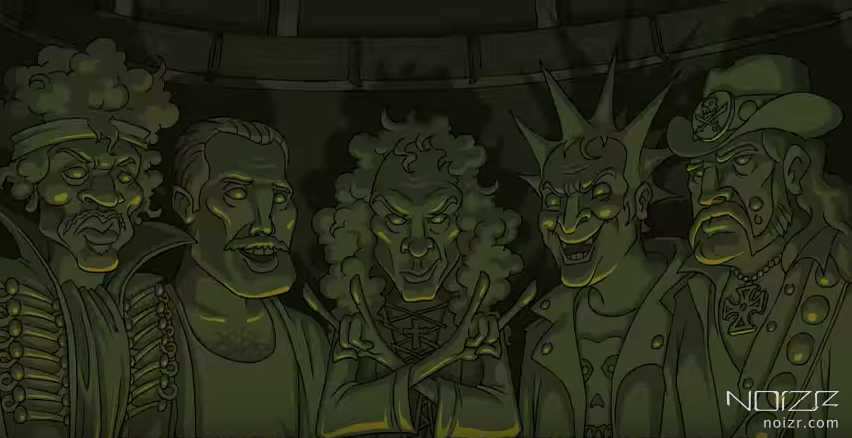