The Norwegian black metal band Gorgoroth goes on the European tour in honor of its 25th anniversary.

The first part of the tour, entitled "Blood Stains Europe (1992-2017) — 25th Anniversary Tour 2017", will be held from 6 to 22 of March in 8 countries, featuring the Israeli band Melechesh, as well as two more unannounced yet groups as the special guests. 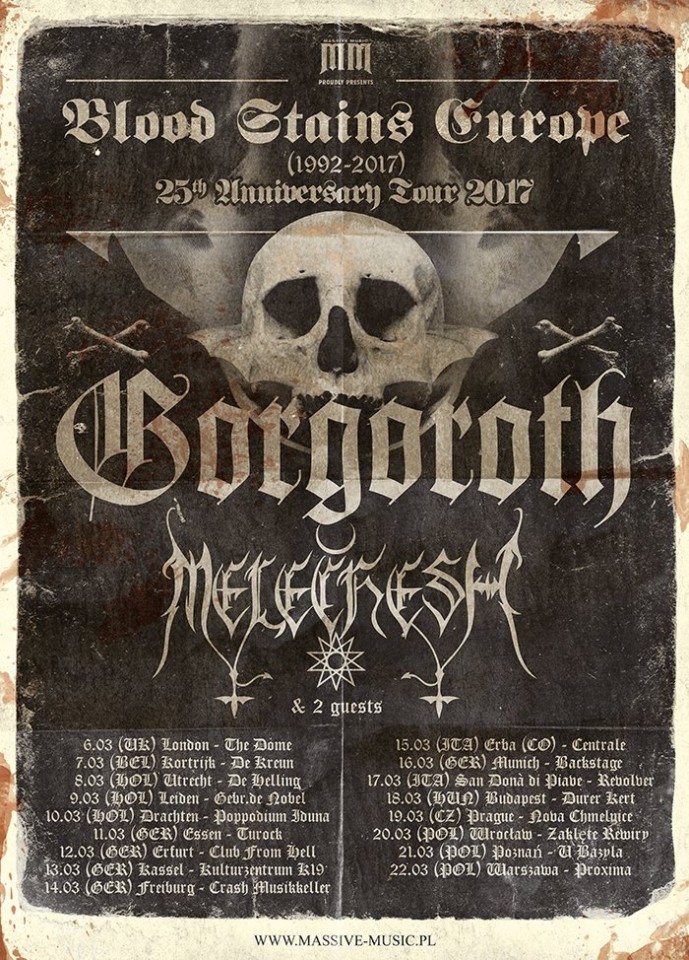