The American nu-metallers Coal Chamber unleashed the live video for the album "Rivals" title track. It was filmed during the band's performance in London's club "KOKO" on May 31.

In May, the group premiered the video for the song "I.O.U. Nothing" from the album "Rivals", which came out 13 years after the release of full-length album "Dark Days".

In support of the "Rivals", Coal Chamber with Fear Factory, Devil You Know, Saint Ridley and Madlife go on North American tour, which kicks off on July 24 in Tucson, Arizona. 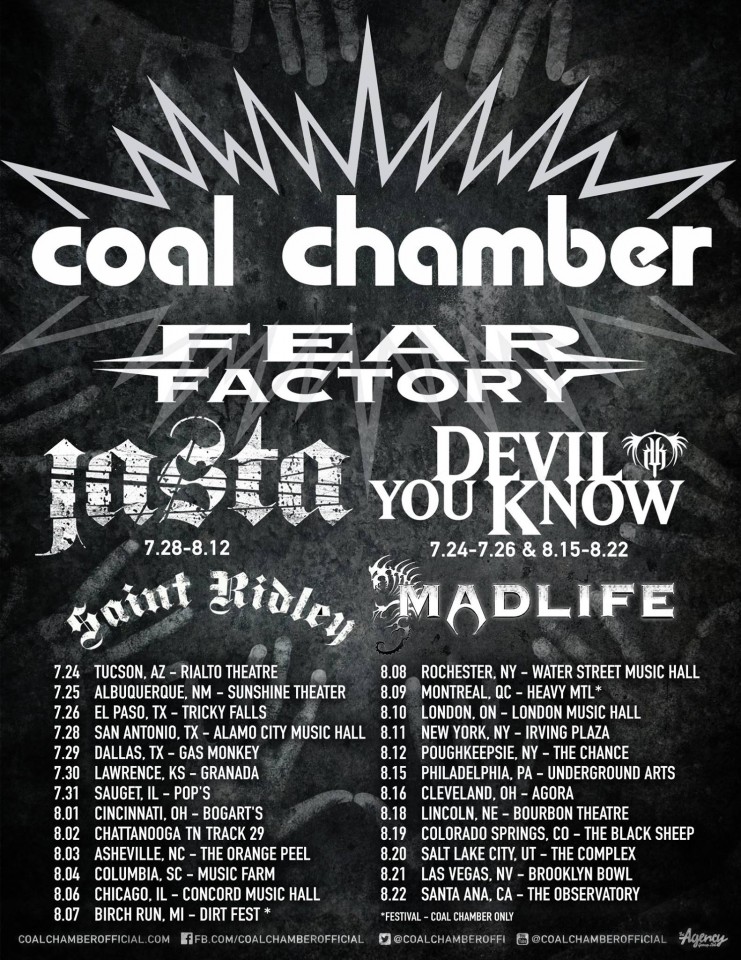