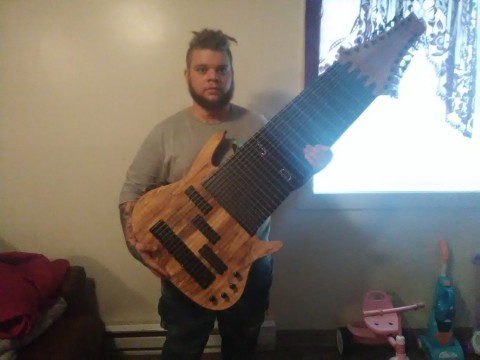 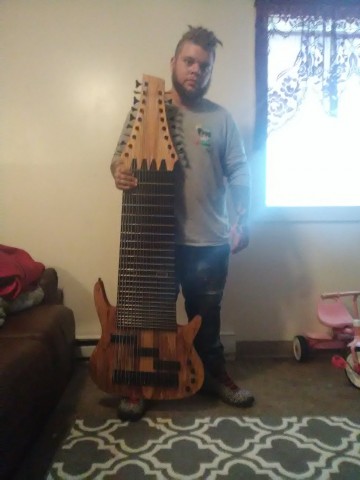 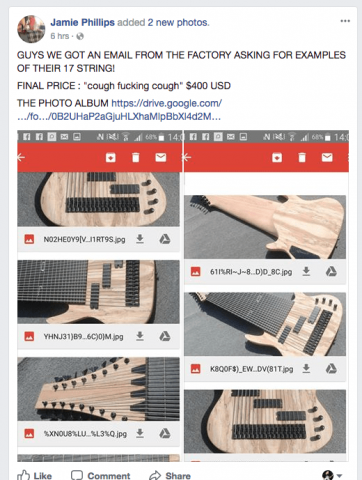 The video blogger Jared Dines unleashed a 5-minute video, in which he accused a "guitar maker" Nicholas Olson from Olson Guitarworks of fraud.

Dines, known for his humorous music videos, said that Nicholas claims cheap Chinese guitars as his own instruments. According to the blogger, he ordered Olson's 17-string guitar to make a video "Djent 2017", agreeing to pay about $1000 and advertising Olson Guitarworks on all his platforms. By the way, the news of this collaboration quickly spread over the Internet and was posted on various music sites, thanks to Nicholas's photo of the supposedly "finished" guitar.

Jared said that he started to suspect something went wrong due to Olson’s several deadline delays and his requests for additional money for the finalization of the instrument. Later, Dines came across pictures from a Chinese guitar store, where for $400 you can buy exactly the same models that Nicholas takes credit for.

"So I confronted him about it and he is now blaming somebody else whom he entrusted to make guitars for him in some other state. And he didn’t realize that this other guy was sending off to get these Chinese guitars which I think is bullshit. Because the entire time he was telling me he was the one making it, talking about step-by-step what he’s doing to the guitar and why it’s taking so long. And now that he’s been called out he’s saying ‘Oh, somebody else made it, I didn’t know that he ordered it from the Chinese company.’ So that’s a lie right there," the blogger says.

At the end of his video, Dines suggested not to trust Olson and said that he would definitely try to return the money back. The blogger said to "the maker" the following: "I’m sorry dude, like, you fuck with me you’re not gonna sell another one of your ‘builds’ ever again. So… Better luck next time dude."

Also, Dines addressed to his audience, saying that he still needed a 17-string guitar, and real luthiers, can contact him.

At the moment, Olson Guitarworks has removed its pages from all social networks, without giving any comments regarding the charges in its address.