"Fallacious Crescendo" was released on the 2-track EP "Bathos" in 2017. Aborted’s new full-length album "TerrorVision" will be released on September 21 via Century Media Records. In addition, the group plans to go on a European tour in early November, along with Cryptopsy, Benighted, and Cytotoxin.

"TerrorVision" recording process took place at the Kohlekeller Studio in Germany under the guidance of Kristian 'Kohle' Kohlmannslehner — follow the link to read our material in which the German producer names the main mistakes of home production. 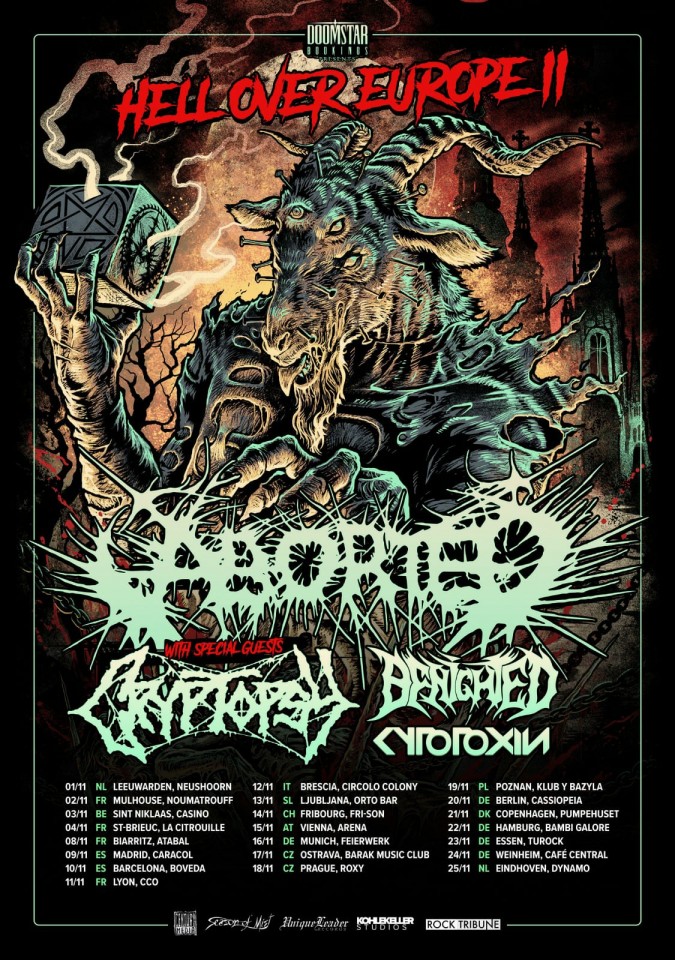