The Belgian death metallers Aborted presented the title track of the ninth album "Retrogore". The record is set to release on April 22 via Century Media Records.

The vocalist Sven 'Svencho' de Caluwé comments: "Here it is ghouls and maniacs! The first, opening track and title track to our fine new little piece of auricular mayhem called RETROGORE. A profound little diddy that somewhat recalls the finesse and tactfulness of Monty Python's 'The meaning of life' or as we shall call it our own 'The meaning of Death(metal)'."

Via IndieMerchstore, you can pre-order different attributes with the band’s new album "Retrogore" cover art, from standard merch to Xbox One and PS4 controllers.

In early January, Aborted released the lyric video for the single "Vestal Disfigurement Upon The Sacred Shantry" taken from the new EP "Termination Redux". 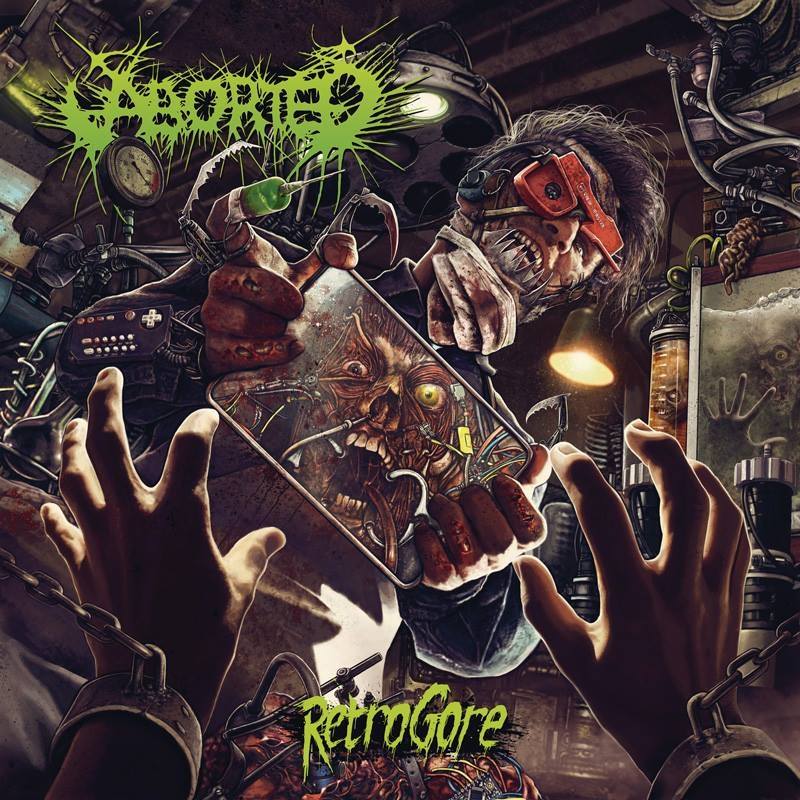