The Ukrainian metalcore band Morphine Suffering, which released the second album "Пам'ятай Хто Є Ти" (Remember Who Are You — Noizr Zine) this June, announced the tour dates in Ukraine.

All performances will be held in support of the group’s new record. The video for the single "Останнiй Крок" (The Last Step — Noizr Zine) can be watched below. More details here. 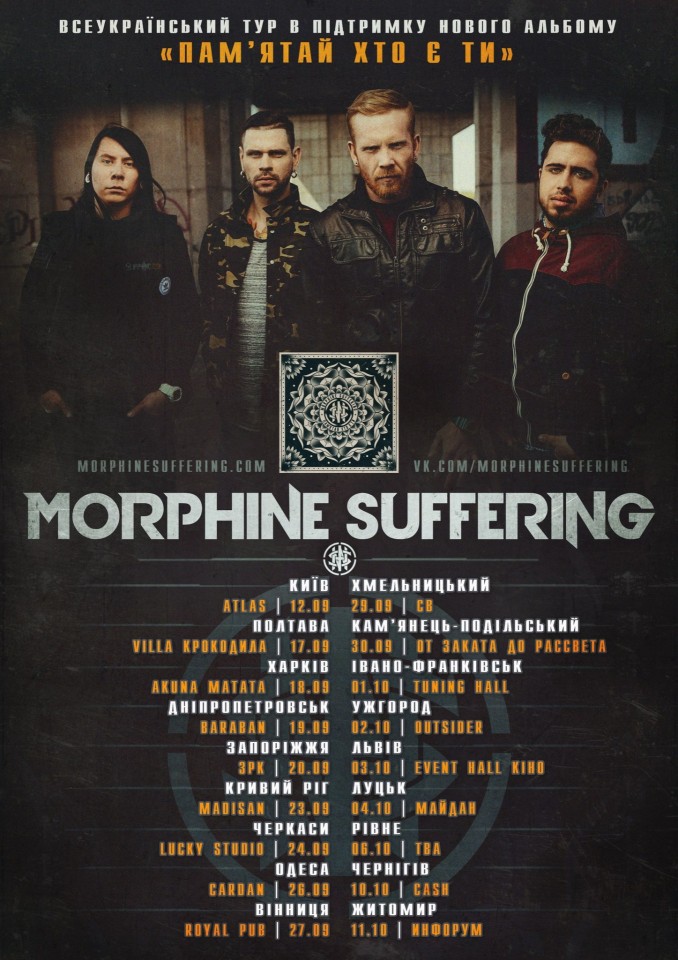