Last Saturday, on May 7, the Finnish folk metallers Korpiklaani performed in Kyiv. The spectacular concert with the participation of the Italian band SkeleToon lasted nearly three hours with the full packed house. During this time, the musicians have allowed the listeners to rest just a few minutes while the bands were changing each other on the stage.

The day before the show in Kyiv, the both bands gave no less splendid concert in Minsk, Belarus. Those who have spent some time, looking over the reports, were prepared in advance for the great setlist of about two dozen songs, true hurricane in front of the stage and of course expected such hits by the "Forest Clan" as "Vodka" and "Beer Beer". To everyone's surprise, the bands came on stage strictly in time. Apparently, that’s why the Italian power metallers had to opened the evening with a half-filled hall. However, the sound of powerful high-speed riffs quickly summoned more vigorous listeners who welcomed hearty the young musicians. The band played for about 40 minutes, confidently warming up the audience: catchy songs, funny jokes and constant communication with the guests soon made the audience shaking their heads and jostling each other a bit near the stage. Also, SkeleToon’s members were really pleased by a certain part of the crowd who sang along the lyrics. 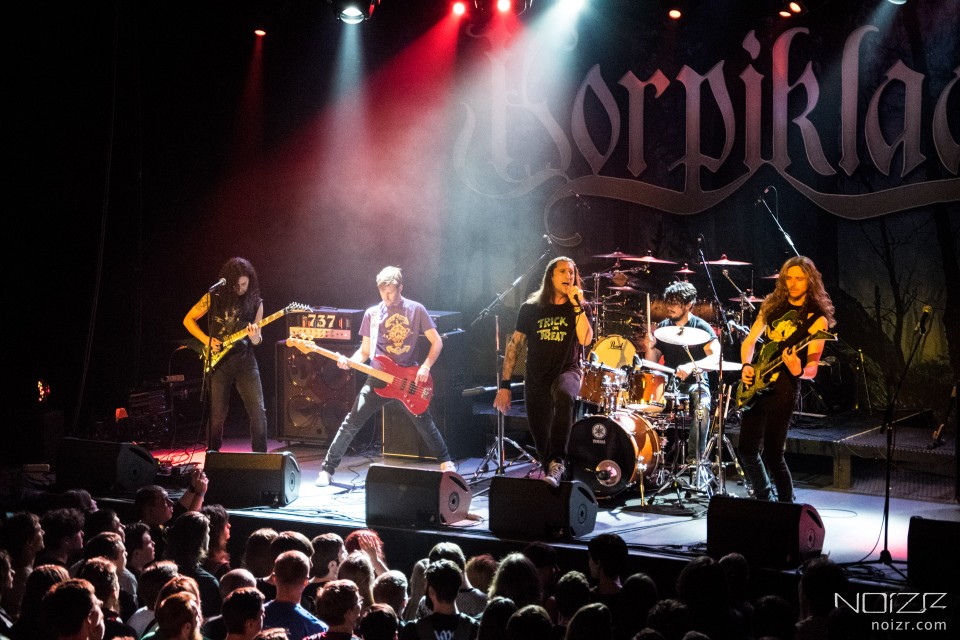 After SkeleToon took some photos with the audience and thanked the listeners for their support, Korpiklaani started a short soundcheck. At this time, some people were taking a breath and others were preparing to refuel with some drinks and to start dancing already with the first accordion notes: the band’s members literally "jumped out" on stage with a cheerful track "Viinamäen mies" from their latest album. At once, little flags of Finland appeared in the crowd, people gathered closer and the first rows were already dancing and jumping, greeting the irrepressible "foresters". From one brisk song Korpiklaani passed to another one. The musicians floated across the stage, changing microphones, poking and joking with each other. And after a few crazy songs the frontman Jonne Järvelä saluted Kyiv. 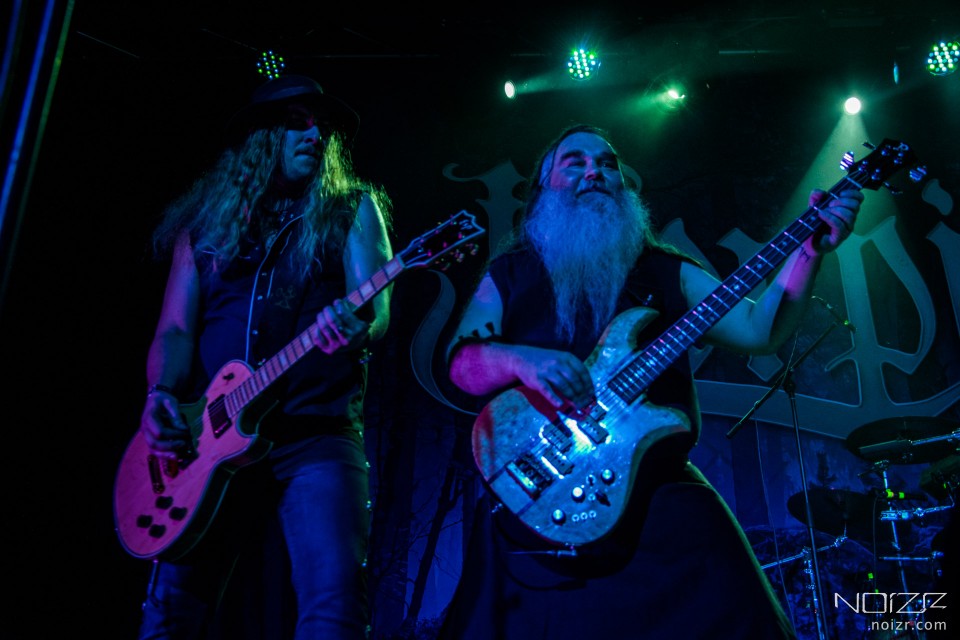 The overall atmosphere resembled some great festival: people toasted, rising the drinks high above their heads, shouted and danced to the rhythms of every new song. Some listeners moshed in front of the stage while others did circle dances, eagerly singing every "Hey! Hey! Hey!" with the Finnish band.

Korpiklaani played nearly two-hour set, performing more than twenty songs, seven of which appeared on their last album "Noita" (2015). During the encore, the musicians traditionally pleased the crowd with their alcoholic hits "Vodka" and "Beer Beer". The audience did not hide their delight shaking walls and floor of the venue till the last song. Judging by what the musicians told the crowd and how they thanked the audience, the band’s members seemed were honored with such warm greeting. Saying goodbye, they shook hands with the fans who stretched to the stage so heartily. 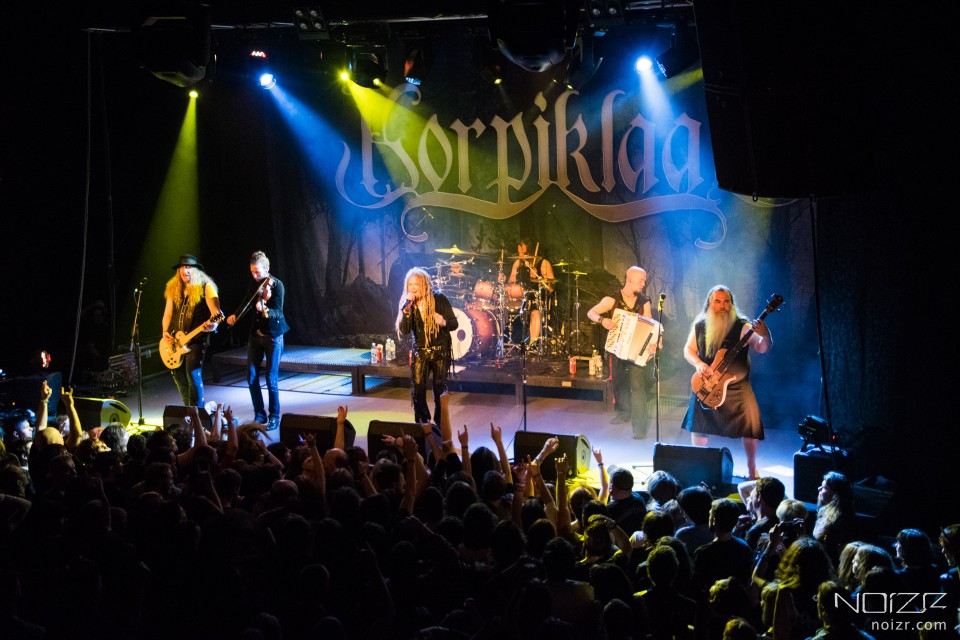