Kyiv-based black metallers Kaosophia presented the song "Enter the Devotion" from the upcoming second album "Serpenti Vortex". The track and the fragments of the visual design by the Slovak artist David Glomba (Teitan Art) can be found above.

"Serpenti Vortex" will be released in 2017 via Lamech Records and will be available on vinyl, CD, cassette, as well as in digital format. The recording took place at Acid House, QPro and Tyrant Studio. The album was mixed and mastered by Warkhoros Tyrant Studio and QPro Studio. "Serpenti Vortex" presentation will be held on April 22 at the Ukrainian Holy Death Over Kiev III festival, featured the sets by Cult Of Fire, Bergrizen, and Goatflesh.

Below, you can watch the live video with Kaosophia, performing the track "Fall Into Singularity", which also appears on the album "Serpenti Vortex". 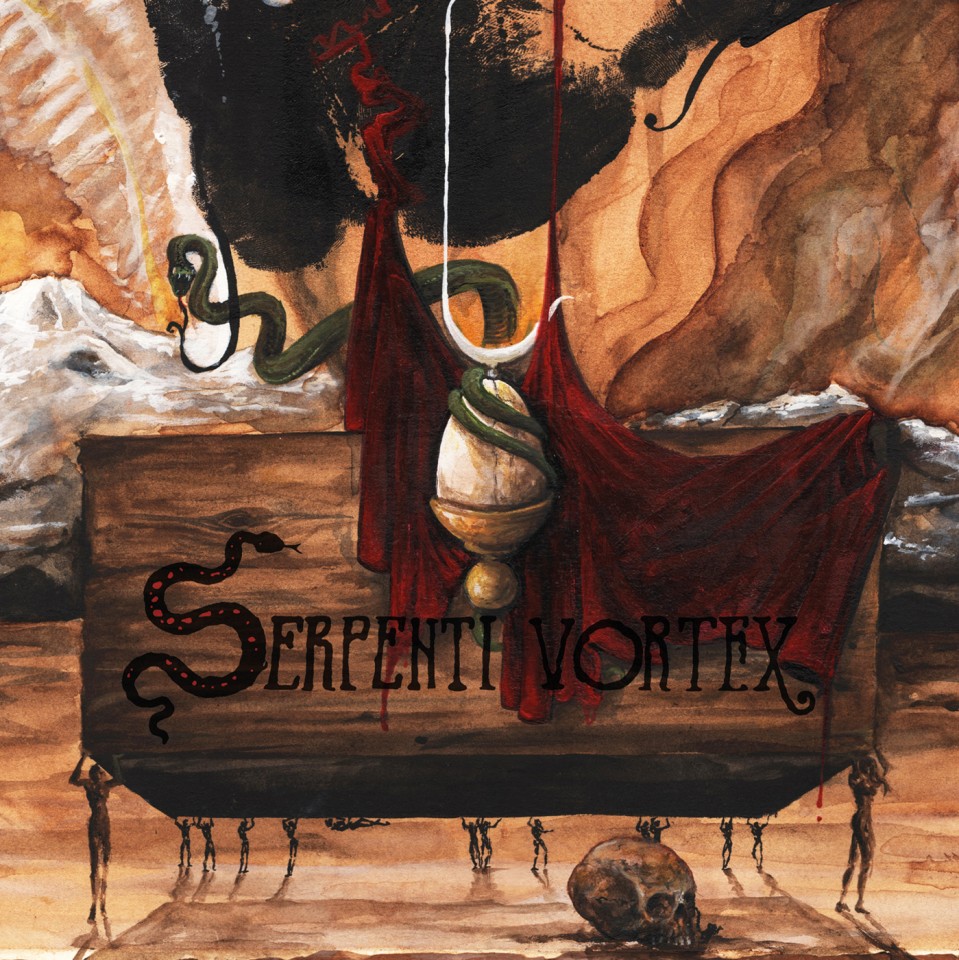