The Ukrainian female-fronted metal act Ignea presented an animated lyric video "How I Hate The Night" ahead of the European tour, which will include shows in Austria, Germany, Belgium, the Netherlands, France and other countries.

"How I Hate The Night" was released on Ignea's latest album "The Sign Of Faith", which got in last year's top 5 best albums for BUMA according to Noizr Zine’s editor.

Ignea announce that they will become one of the bands to perform at the upcoming Kilkim Žaibu festival in Lithuania in late June, along with black metallers Nokturnal Mortum, Kzohh, and White Ward, as well as folk rockers Joryj Kłoc. All Ignea’s tour dates can be found below. 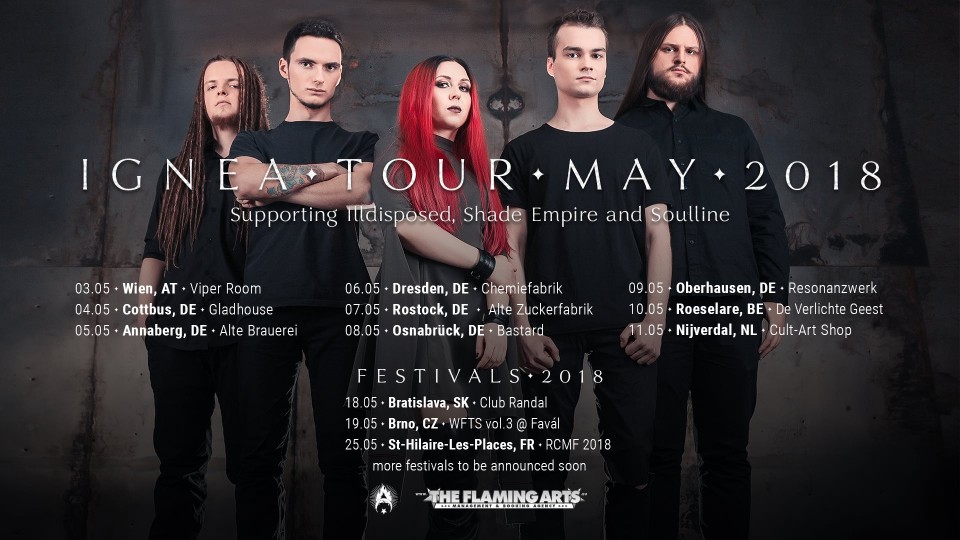