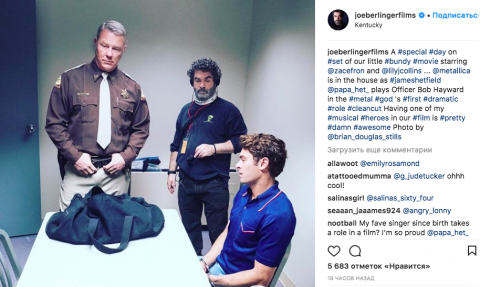 Metallica’s frontman James Hetfield joined the cast of the upcoming film "Extremely Wicked, Shockingly Evil, And Vile" about the serial killer Ted Bundy. The movie is directed by Joe Berlinger, who has previously worked on Metallica’s documentary "Some Kind of Monster" (2004).

The first photo of Hetfield on the set of "Extremely Wicked, Shockingly Evil, And Vile" has been revealed and can be seen below. 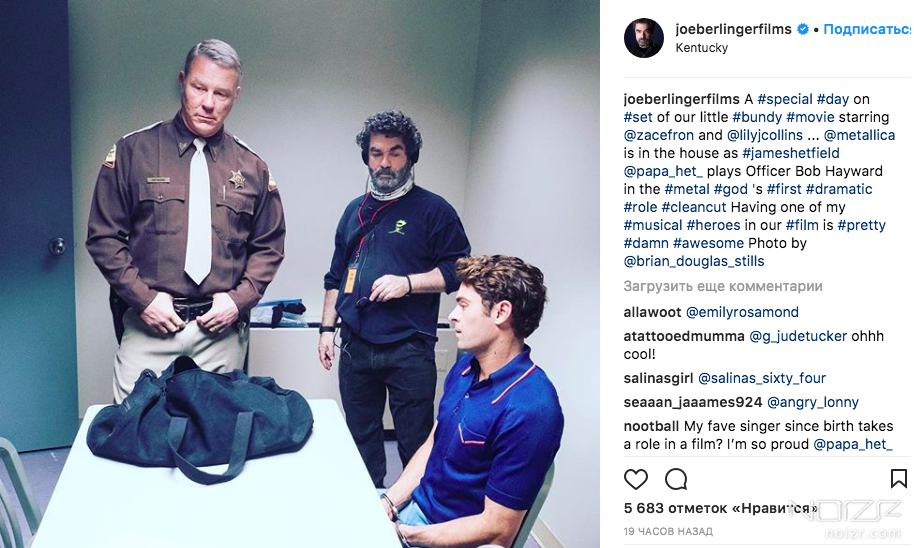 A release date and distributor for the film have yet to be announced.