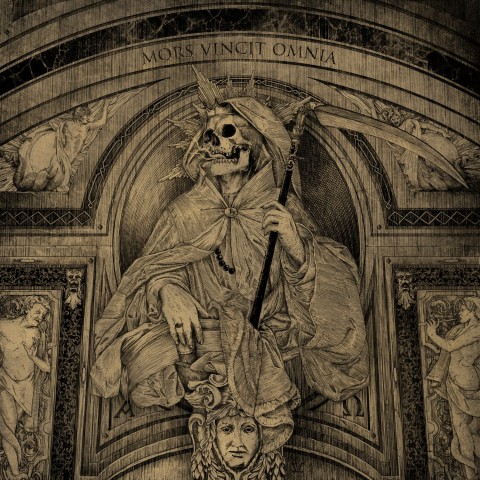 American black metallers Crimson Moon are to release their new album "Mors Vincit Omnia" on August 30 via Debemur Morti Productions. Ahead of the release, Noizr Zine is pleased to share the exclusive stream of the upcoming record.

Earlier, commenting on the premiere of the single "Godspeed — Angel Of Death", the band’s founder and leader Scorpios Androctonus said that "'Godspeed — Angel Of Death' is a hymn towards the Destroying Angel, with sword drawn and dripping with gall... The omnipresence of death in a sonic soundscape accompanied with the guest vocals of Lord Angelslayer (Archgoat) and Proscriptor McGovern (Absu) that grants the obolus to the listener to embark on the journey towards the underworld."

Alongside Lord Angelslayer and Proscriptor McGovern, the album also features guest vocals from Ixithra (Demoncy) and Phaesphoros (Kawir, All My Sins) who in addition to mixing the record also performs wooden recorder. The cover art was created by Italian artist Daniele Valeriani, who previously collaborated with Dark Funeral and Lucifer's Child.

"Mors Vincit Omnia" will be released on CD, vinyl, and digital. The album is available for pre-order in the USA, Europe, and via Bandcamp. 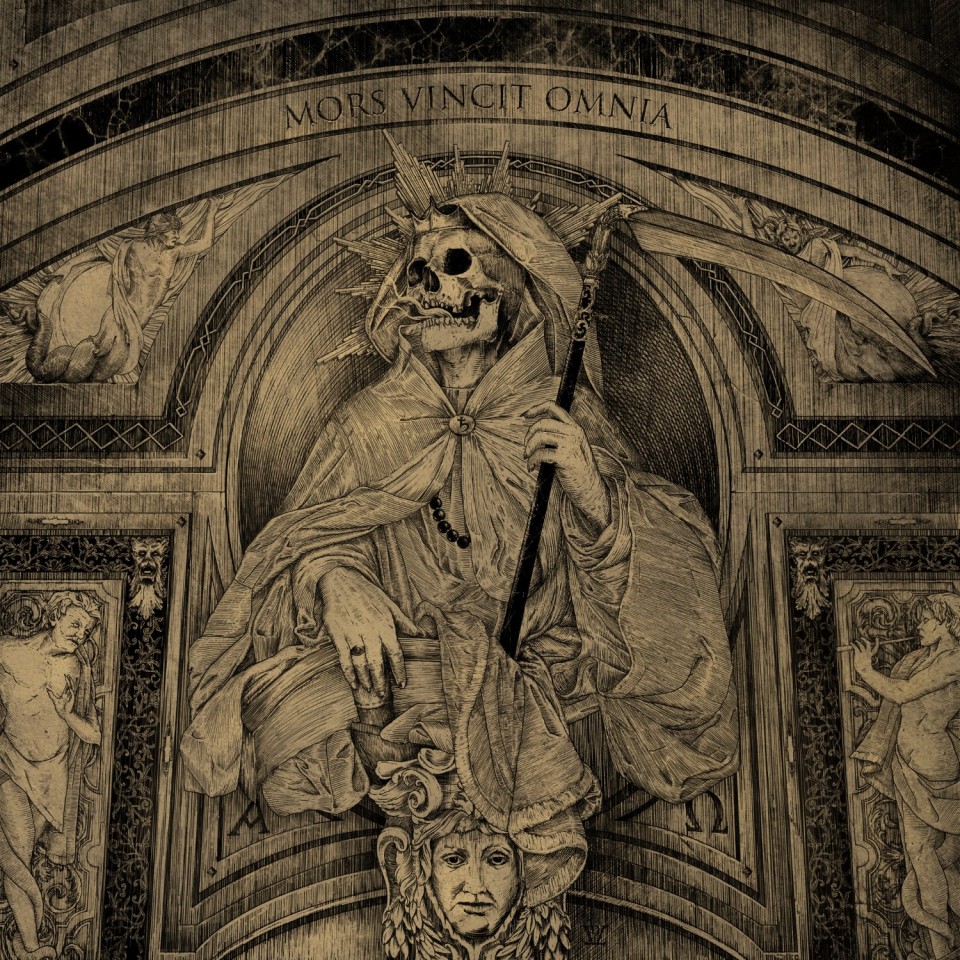