The British band Anathema presented the first song from the upcoming album "The Optimist". The track entitled "Springfield" can be listened to above.

"Here we present the song 'Springfield', it’s actually the song that closed our unforgettable Wembley gig with Opeth and it seemed to be a track that just fell into place without much effort. It seemed to do itself. The song forms part of a narrative that runs through The Optimist album, it’s a narrative that begins where A Fine Day To Exit left off [2001’s album of Anathema — Noizr]. The album is a journey. The songs are ambiguous. There is no right or wrong way to take them. Make of them what you will." 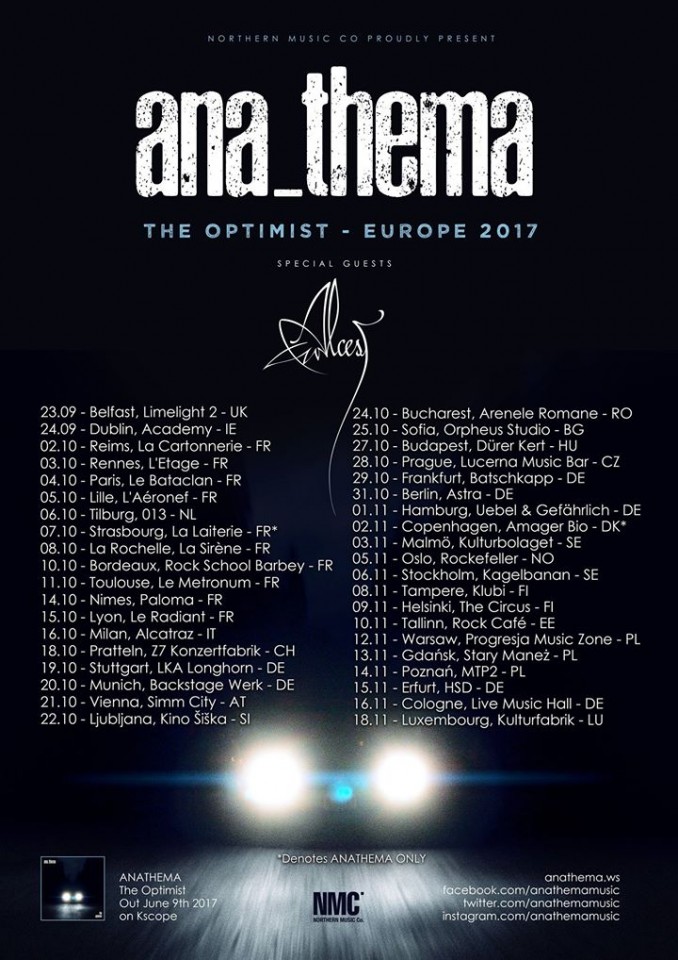